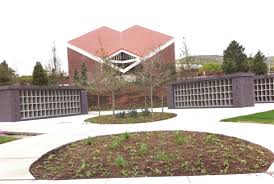 Military veterans form the US state of Utah have had their cemetery facilities enhanced and improved. The US Department for Veteran Affairs awarded a grant of $4.5million for improvement to the Utah Veterans Cemetery & Memorial Park in Bluffdale, Utah.

The cemetery now includes a new columbarium and a garden for scattering ashes, with the names of those scattered engraved on an adjacent monument.

Since the refurbishment, the park mangers stated that the columbarium has been popular with 15 applicants already, whereas the scattering garden has yet to be used.

You may think there is nothing particular interesting about this little fact. I beg to differ.

Options for cremation ashes in veteran’s cemeteries are increasing in popularity, as the spokesmen said it is the ‘sign of the times’, but what does that mean? I guess they were mainly implying cost of the funeral, in that people will chose cremation over burial based on price, in addition the article also pointed out that the facility was free for the veterans and $700 for the spouse (although it was unclear what this $700 was for).

So if you choose to be memorialised in a cemetery then it is perhaps (and I am guessing at this point) that if two options are the same price and one that is perceived as ‘grander’ will be the choice.

It is interesting to watch how State institutions adapt to the change in social trends and the rationale they believe is behind the choices.

As a Brit the concept of the State having such a big mechanism for ex servicemen surprised me, but then America is a big country and has been involved a lot of conflicts over the last century. I would also argue there is a different relationship between the State and its service personal, as to defining those difference you could write a book. One last point, the article concluded ‘With the expansion, the cemetery should be able to accommodate all veterans who choose to be buried there, including Vietnam-era veterans, who will soon eclipse World War II veterans as the largest group dying each year. The state has an estimated 50,000 Vietnam-era vets.’ – Blimey. Then will come those who served in Iraq and Afghanistan…