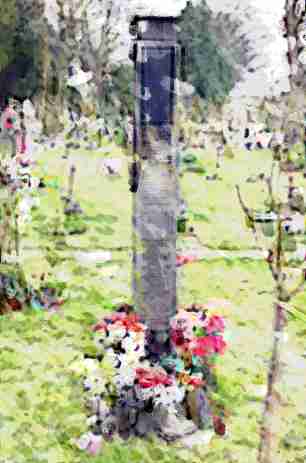 Mary believes he was worried his final resting place would be targeted by vandals.

In an interview with Mary in 2013 she said: “He didn’t want anyone trying to dig him up as has happened with some famous people.

“Fans can be deeply obsessive – he wanted it to remain a secret and it will remain so.”

Mary took her vow to her former partner so seriously not even his parents know where his ashes are.

And Mary took every care with her mission, not even telling her driver or the staff in the house that had been Freddie’s what she was doing.

For two years after his tragic death, Mary kept Freddie’s ashes in his bedroom.

Then, one day, she slipped out of the home that was now hers and fulfiled one of Freddie’s final wishes.

Ever since the rumours as to where Freddie’s final resting place is have circulated.

Some believe he was returned to Zanzibar, while others claim his ashes are buried under a cherry tree in the garden of his London home.

Six years ago, when a plinth was built in Kensal Green cemetery, his fans believed this was where he was buried.

The only clue Mary will give as to the location of Freddie’s ashes is that he is not there.

And she insists it will always remain that way.

Mary said: “Nobody will ever know where he is buried because that was his wish.”