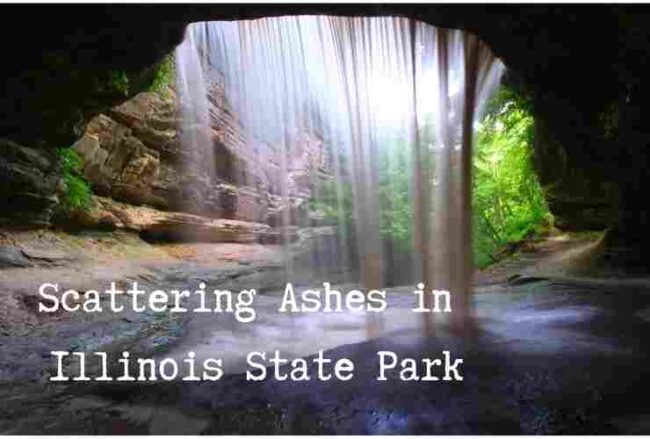 Illinois the 21st state of America is (as of the start of 2018) now permitting the stating of ashes in its State Parks.

Good news. Illinois according to American commentators is a cross section of the states on a small scale It is situated in the mid-west which usually associated with quite conservative view but also has one of the country’s largest cities – Chicago. Then I guess, one might see why it is a litmus type states and therefore one wonders if this state is okay with it whether the balance has tilted in favour of permitting this activity.

The state has said, cremated remains to be scattered on any land owned by the Illinois Department of Natural Resources. (Public Act 100-97) and here is a list of the State Parks from Wikipedia – Illinois State Parks.

Families should also be warned: The new law gives state parks regulatory control. Though the Illinois Department of Natural Resources has not yet hammered out any rules, bereaved families are strongly encouraged to contact park offices if they intend to scatter any ashes.

John Hurst, owner of Hurst Funeral Homes, “It had been illegal because it was trespassing; but families did it, anyway,” he went onto say said. “It’ll be nice to tell people that now it’s OK.”