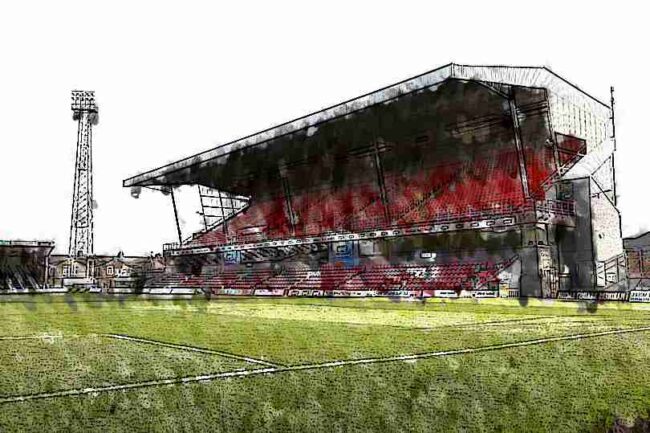 The Mariners have been going to honour their fans with a memorial garden where fans can scatter their ashes.

Grimsby Town Football Club has come good after there was bit of argy-bargy. A long-time fan of the club died at the age of 57. He had made his wishes clear – he wanted his ashes scatter at the club.

When Martin Harper passed away his wife Jean ask the club if they would help to fulfil his last wishes. Mr Harper wanted to have his ashes scattered at Blundell Park. The club has a strict ‘bereavement policy’ and declined Mrs Harper’s request. So, she went to Grimsby Live to see if they could lend some weight. The story that ran in the newspaper and online. It attracted a bit of a furore, resulting in 1000 people voting on an online poll. Fifty-nine percent said they want the club to review its policy.

What the club decided…

The club deliberated and after two weeks they have decided to do something: build a memorial garden. Nick Dale the stadium manager announced that a memorial garden would be built outside the grounds. And that ashes could be scattered there and people could visit all year round.

This is what he said: “We are currently in discussions with the Mariners Trust with regards to a memorial garden outside of the stadium where supporters can visit whenever they want.

“We recognise the need to have somewhere that lost loved ones can be remembered which is in addition to our board of remembrance that is published on the scoreboard during the last league fixture of the calendar year.”

“Whilst some clubs do allow for the scattering of ashes, it is important to note that this is in a memorial garden and not on the pitch.

“There are various contents in ashes that can and have in the past burnt the pitch*. In addition to this, players feel that it is disrespectful for them to be running over an area where ashes have been scattered.

“The area created will be designed to be transferable, that way it can be taken with us once we finally manage to secure a new stadium.”

* he should have asked us about this!