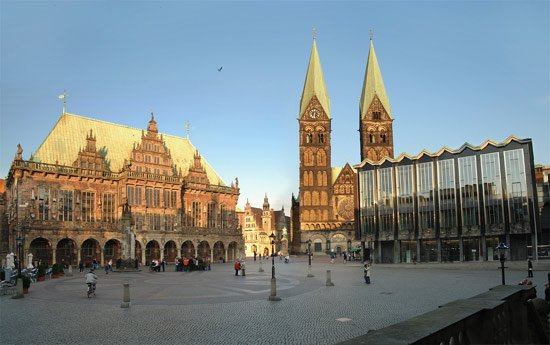 Bremen, the smallest state in Germany, has voted to allow the scattering of ashes. To be honest I knew the name, but I was not aware where it was – and it is small, really small in fact it is two cities that are separated by the larger state of Lower Saxony.

You might not seem a big deal, well it is. Germany has strict laws on ashes and until now they were only allowed to be placed in an official cemetery and they were must be buried within six weeks under state law.  However Germany is changing and death rites are no exception 2012 saw cremations overtake burials.

This move is seen as a big step and the change has caused a row with opposition Christian Democrats and church figures getting rather hot under the collar. However the State Parliament went ahead and voted to allow a persons ashes to be scattered on private properties.

It is due to come into force next year and there are a number of provisos:

The parties that pushed for the change – Social Democrat, Green and Left party believed the strict rules were no longer in accordance with the view of a large segment of society (A survey in 2007 showed that more than 45 percent of Germans wanted their ashes scattered or stored in an urn outside a cemetery)

However Christian Democrats and religious groups believed that such a move would lead to a “privatization” of death and grief and not uphold the dignity of the deceased person.