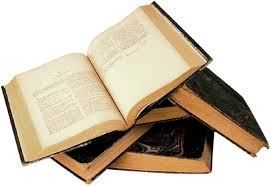 It looks like a law is to be passed in the USA that will prevent murders who killed their spouses from controlling their remains.

Well you may think that is not an ordinary occurrence, so why would the legislators spend their time on such matters? Well I suppose there are two reasons; firstly it happens more often than you think and as the Senator Ranzenhofer (who is sponsoring the Bill) put it  “Quite frankly, one case is too many. Just the few I know of tells me we need to deal with this situation” ; secondly is the effrontery as you may wish to put it (I know the word is a bit pompous, but I could not think of a better one) no one would think this would allowed, imagine the victims families?

I suppose law making (and its enforcement) is looking at from two ways – frequency and severity; frequency, for example you have to deal with vandalism, it happens everywhere, but the victim is rarely impacted for life. On the other axis, something that is rare, but as a civilized society the fact that it can happen is just plain wrong, Nazi war criminals for example – doesn’t matter that there are only a few left and that the passage of time has come between them and their crime they should never be allowed to sleep soundly at home.

So here we have an example of the latter, there doesn’t appear to be any statics, but the fact that it can occur at all is simply not right. So well done them.

Lastly, the one thing that caught my interest here is the vocabulary, when they talk about the murders right to control the remains or ashes, not there ownership, which seems to chime with previous posts which relate to the right to possess.