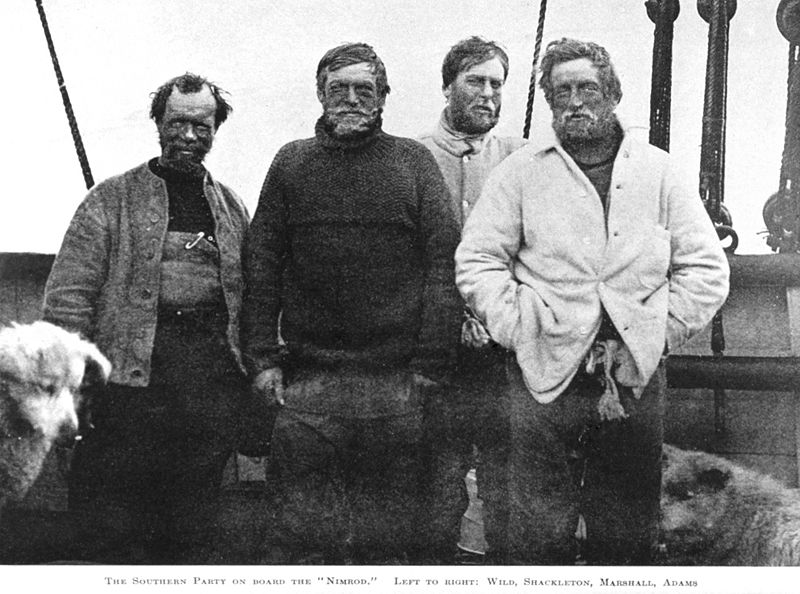 This story is about the explorer Frank Wild finally having his ashes laid to rest. He accompanied the Anglo-Irish explorer Ernest Shackleton on four adventures to Antarctica as his second in commend – Shackleton described him as his “other self”. Last week after 72 years the ashes of Wild were finally interred next to Shackleton as had been his last wish after he passed away in 1939.

The story and final journey had wonderful undertones of the two men’s great journeys early last centaury. The Yorkshireman, Frank Wild, had served as Shackleton number two on their famous attempted first land crossing of Antarctica whilst aboard the ship Endurance and later taking control of the expedition on which Shackleton died.

After the Wild’s death aged 66, in South Africa in August 1939, he was cremated in order that he could have his final wish – to be buried alongside his comrade on the island of South Georgia in the South Atlantic. Then within a fortnight of his cremation the Second World War erupted and it looked like Wild’s last wish was to remain unfulfilled.

All this changed after 2002 when the author Angie Butler researching her new book ‘The Quest for Frank Wild’ began to investigate where his cremated remains might be. The search lead her to the urn located in a disused vault under the chapel at Braamfontein Cemetery in Johannesburg.
The decision was made to fulfil Wild’s last wish and so the ashes were taken to Argentina, then onto South Georgia accompanied by six of his relatives, the Hon Alexandra Shackleton (the explorer’s granddaughter) and Ms Butler.

Shackleton’s wife had requested that he was buried at Grytviken in South Georgia after suffering a fatal heart attack whilst on expedition down there.

The ceremony to inter Wild’s ashes was conducted by Reverend Richard Hines, who had travelled from the Falkland Islands. The cremation urn was carried by his family and the Poem “Sea Fever” by John Masefield (what a great poem! as I know many of look to find suitable words for such an occasion and this poem is spell binding, I shall put it in a separate post). The family made readings and a headstone was erected to mark his last resting place.

I can’t add much to this very well written article from the Telegraph, just to say that it was a wonderful thing to do for all concerned, I could waffle on about making sure you record events and letting people know you final wishes, but that would take it away the story – one respect, honour and determination.
For a more complete story follow the link to the Telegraph. http://www.telegraph.co.uk/news/worldnews/antarctica/8918916/Explorers-ashes-finally-laid-to-rest-next-to-Sir-Ernest-Shackleton.html