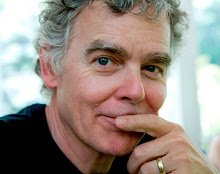 This article from the Los Angles Times about a chap – James Channing Shaw a dermatologist at the University of Toronto, reflecting on whether he would prefer to be cremated or buried. His thinking resonates among many of us I suspect.

He has recently scattered the ashes of his mother in woods near the old family home, where his father ashes were scattered two years previously. Now as the oldest in the family he is bound to reflect what should happen when he dies, in a typically America quip his friends points out “You’ve just advanced to third base.” One presumes this is not a reference to the sport of Rounders.

So what dominates his thinking? Well one thing is precedent – his family have all been cremated and they seem to approve of this method, in fact his thinking focuses along the following lines “Quick, inexpensive, no real estate involved, etc.” A very pragmatic approach.

However there are several reasons why he not completely sold on the idea.

Firstly he doesn’t like the thought of the ashes being brought home “Some people bring ashes home. I couldn’t imagine pleasant memories coming from an ash-filled urn squatting on my mantle. It would be too much like the medieval Catholic practice of preserving relics, those desiccated fingers and body parts of saints.” He does conjure a vivid image! But we are not all the same.

Secondly, he wonders whether the ashes are those of the person that has cremated – there has been a few stories in the States where very bad practise has resulted in people getting the wrong ashes.

After considering the negative aspects of cremation he considers the positive aspect of burial. Looking at the approach taken by his wife’s Jewish family where people have a week of mourning, then return to the grave after a year to erect a headstone. He thinks this would have more resonance – “I keep memories of my parents close. However, I suspect that actually visiting a grave site would carry more meaning than memories alone.”

This is really interesting, academics consider that when people consider where to scatter ashes they are creating what is called an environment of memory – a place where they can reflect on that person. Which is a wide range of places – anything from the cremation urn on the mantle piece to the waters of Poole harbour? Perhaps what Mr Channing Shaw feels that the woods where is mother and father were scattered doesn’t not create a strong enough bond to help him to memorialise. It would appear he thinks something more tangible would be better. Why not a memorial tree for example? Visit there after a year to cement the bond of memory. We are all different and this is a very individual choice.

However it does raise something I hadn’t really considered too much before, as it is rare that people share their thought before penning out their last wishes.  Is it better to be remembered in the way in which you would prefer or those who will be remembering you? His headstone with fitting epitaph and a once a year visit would be just right for Mr Channing Shaw, but would it be better to let those left to mourn to decide? His nearest and dearest may think the woods are the best option because by walking in them they can be reminded of his presence? A sense many don’t get from a graveside as whilst it is their last resting place it has nothing of the person life. It is obviously down to the individual, but it is worth considering. I would say one thing – if you are happy to let your loved ones decide, give them some guidance – maybe who gets to choose, or whether you are happy to have your ashes shared. Of the twenty percent of people coming to the site who do not know what to do with ashes, around a third say it is because they can’t get agreement in the family. None of us would wish to be divisive after our death.

1 thought on “Shall I choose Cremation or Burial? One mans thoughts”