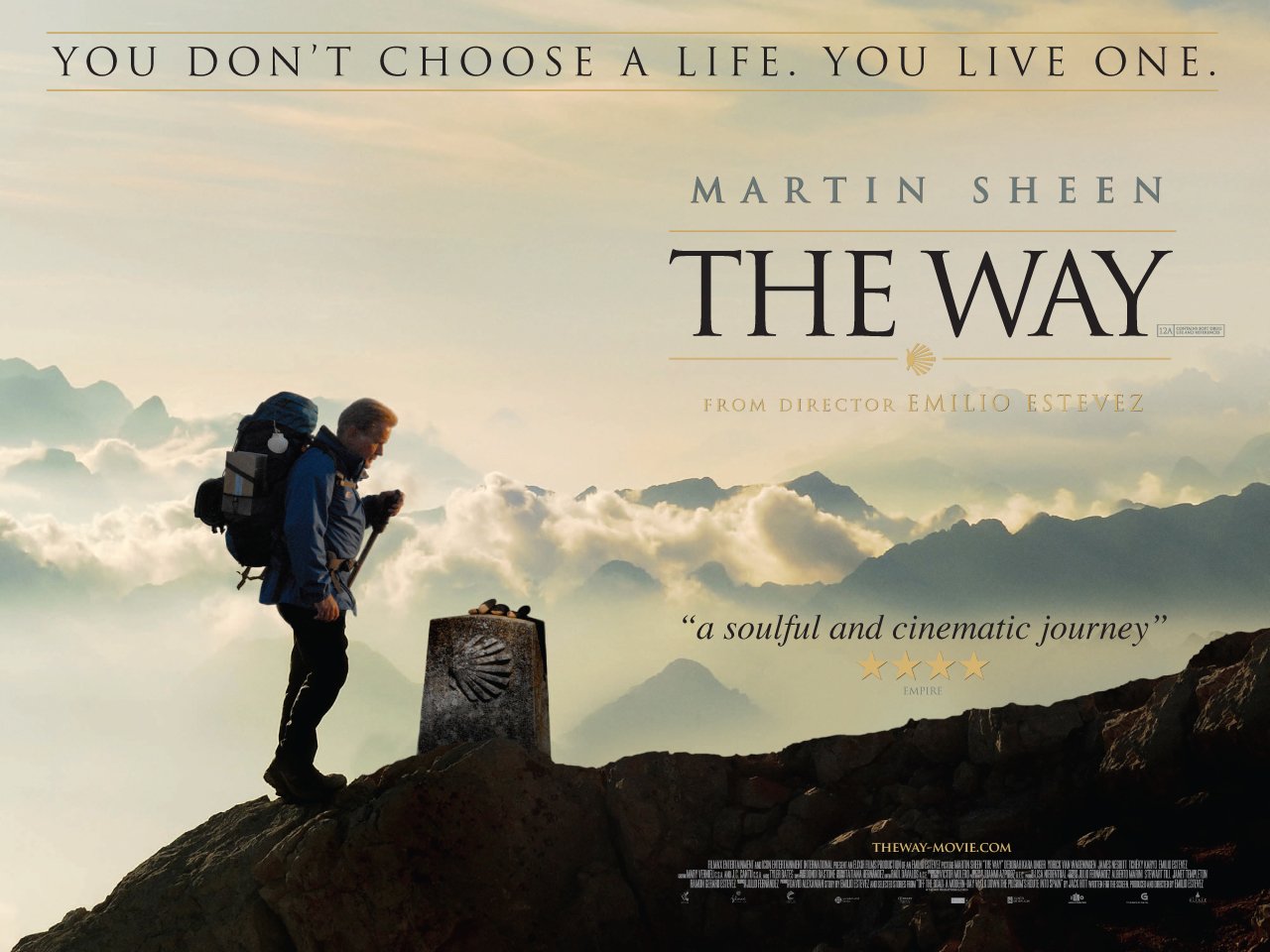 The plenty of films about marriage, numerous ones on birth and some on funerals and the strange part about it is (and my thinking has not been base on any scientific approach) these tend to be dark comedies or aimed to pluck at heart strings. What is also significant, to my rather subjective mind, is that the ones on death tend to focus around a burial. If I ask you to cast a mental image I would think about 90% tend to have the big mahogany coffin, being buried in the rain.  Is this not a bit odd if most of us are cremated – I guess burial with all the trimmings tends to be a bit more cinematic, maybe? But what about scattering?

Being connected to the all thing scattering, people often like to pass snippets my way, have seen x or y. Recently someone asked me what I thought of the ‘The Way’ the film with Martin Sheen, when I professed never to have seen of it, I got that ‘look’ meaning ‘Pah! Thought you were the expert’. So I did some thinking, some watching and some digging for films about scattering ashes. So here you go:

In conclusion, the films (again haven’t seen The Pond) tend to be life affirming, celebration, reflective – good, just so.  And if you have watched they and you want to rant or praise them – feel free.