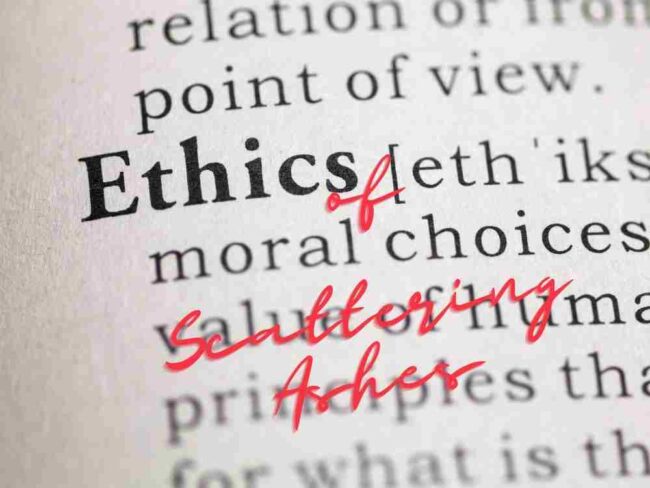 I came across the following Q&A in the Toronto (Canada) Star Newspaper. Have a read:

Recently, two friends of mine, a couple, died; Martha went first, John second. Both were cremated and the ashes dispersed, except that, before he died, John had kept some of his wife’s ashes. I was the executor of his estate, so I now have them. I also have many possessions that Martha had owned, including the ashes of her mother, in a sealed marble container.

What do you suggest I do with her mother’s remains? Martha had no siblings, children or other family and we don’t know what happened to the remains of her father. If you suggest spreading Martha’s remaining ashes with those of her mother, I might have to break that marble urn open. Besides the physical challenge, is it right to do so?

You, dear reader, are one darned fine human being.

A lesser soul would have tossed out the ashes long ago. These folks weren’t family, you weren’t Martha’s executor and you never met her mother. Cremains have no legal status, so you could legitimately have slipped them in the dumpster with other domestic effluvia. No one would have been the wiser; you seem to be the only person on earth who knows, much less cares, what happens to these bits of carbon. You’ve already gone beyond the call of duty.

Now what? Well, since you have some of Martha’s ashes and all of her mother’s, they should be together. So you have several options.

If John’s estate hasn’t been finalized, you could purchase a small cremation plot or niche with some of the money and inter both sets of ashes there. Regardless of whether you are a beneficiary, ethically speaking this would be a valid charge against the estate; executors are usually empowered to dispose appropriately of the deceased’s possessions and this falls into that category.

To be honest, however, you don’t need to go to that expense.

Burying an urn, per se, in a public place is not wise; urns are usually inscribed and sticking one in the ground beside a waterfall opens the possibility of desecration by some jerk who stumbles upon it.

So get the urns open. If you’re uncomfortable doing this, take them to a funeral home. For what should be a very small fee (which, again, you can charge to the estate), the director can open the urns, mix the ashes together, and put them in a disposable, biodegradable container. She can also dispose of the empty urns if you wish.

Then, on a beautiful day in the spring, when life returns to this frozen tundra we call home, take the ashes to one of your favourite spots — no, not the local Chinese restaurant or the Rogers Centre, but somewhere peaceful and pastoral, somewhere you can be alone with nature — with a close friend or two and your memories.

You don’t need a religious liturgy. Just respectfully spread the ashes over the ground. Mix them lightly into the soil until they are, again, part of the earth. Ashes to ashes, dust to dust. Think kindly of your friends, of what they meant to you and what they still mean. And walk away.

We should all have at least one friend as thoughtful as you.

Not bad advice I would say. I wonder if you felt the same as me: the columnist doesn’t come across in the way one might imagine. The Reader letter wasn’t that dissimilar to many queries we get. I don’t think that the chap is saintly or that exceptional. Many/most of us wish to do the right things by our friends. This extends to those that they love. Don’t get me wrong I think the reader is kind and honourable, but not ridiculously so.

Two things, I always think rather than a piece of land, the water should be considered a sensible option in such circumstances. I also think the columnist would have known/ should have found out that ashes are not carbon.

A final thought, surely the wife and the man that handed over his responsibilities to a friend should have known what challenges and decisions awaited his friend and looked to describe what the preferred course of action might be. A lesson to us all perhaps.