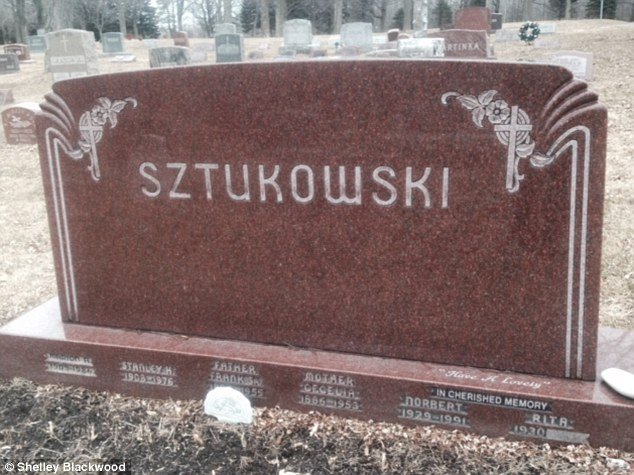 Four daughters are in a dispute with a Catholic cemetery in Cudahy, Wisconsin in the US. The cemetery has refused to have their mother’s year of passing put on the family headstone.

The mother, a Mrs Rita Sztukowski, died in April 2013 and her family opted to have her cremated, splitting the ashes between her offspring who where then able to choose the manner in which to memorialise her, and some have chosen to put a small amounts into some jewellery. So far so good – all amicable and well meaning.

However when they asked the Holy Sepulcher Cemetery to put their mother’s date of passing on the family headstone the cemetery said: No.

Why, well the cemetery is Catholic and they have quite strict rules on such matters, the cemetery’s director told them it was against tradition to recognise a burial unless all the remains are buried together in the plot. So what appears to have happened is that the family had the words ‘In cherished memory’ carved in to imply that there were no remains there (and then to add on the date), but the cemetery still said no. The main issue is that under catholic doctrine you can’t split the ashes, they are to be treated like a body. The fact that family is lapsed doesn’t make a difference.

Shelley Blackwood, 48 – one of Rita’s four daughters – told MailOnline: ‘We don’t want her to be in the cold ground. It’s hard for us because we live all across the U.S. and we just want her close to us.’

She added: ‘My sisters and I aren’t Catholic any more and we don’t know the rules of the church.

‘But my mother said “throw me in the tomatoes – maybe I’ll be good for the garden.’ She wouldn’t have cared.

‘We had the funeral for her last May so this has gone on for almost a year. The way he has handled this is ridiculous.

‘The cemetery is very special to us and it’s where our father used to take us as a place of peace, so going there and seeing those numbers missing makes it very hard to grieve.’

Their family plot is home to the remains of five relatives, including Rita’s husband Norbert, his parents and two others.

I can see both sides, but I would have the thought the ‘in cherished memory’ would have done the trick. Then when I read on, got a taste of the opinion of the cemetery director, I think you get a sense that he is not one for compromise…Butch Miller, told the Milwaukee Journal Sentinel: ‘If you let this go, then what’s next? “Oh, I want to have a statue of Satan on the cemetery grounds. I want the crucifix upside down. I want the Virgin Mary with a dagger in her womb.” What’s next?

He added: ‘Our policy is on Christian burial beliefs, and when we have a person who has been cremated and they wish to have those cremated remains whole and buried at our cemetery, that is the only way we’ll recognise.’

When confronted with someone as hard line as that, who can see this act as the thin end of a wedge, with all sorts of demonic idolatry at the other, then I suspect it wont be a happy ending for the family. I always think it is a shame when the church loses perspective of core moral values placing them behind an unbending adherence to, in my opinion, second tier principles.