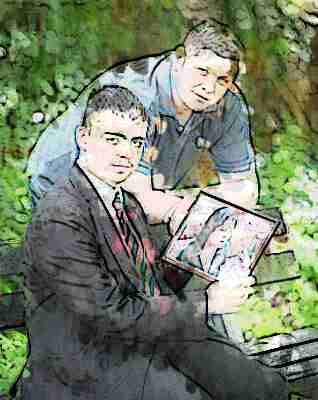 The Eastern Daily Press (the daily paper covering Norfolk) and Evening News have waded in to help a young man get access to mother’s ashes. Caleb Manship was left orphaned in February 2016

Caleb who is still at school age was hoping to scatter her ashes at their favourite park in Blakeney, Norfolk. But there was a problem.

Because the hospital needed to pay for the cost of his mother’s funeral he was allegedly told he was not at liberty to remove the ashes; as it was policy to have the ashes scattered at the garden of remembrance, although he was able to choose from a handful of dates to witness the event.

He said: “I felt disgusted because they were not even going to let me choose a date and they know I am in the middle of my GCSEs.

“My mum agreed where she wanted them to go and she used to go to that park a lot even without me. She just loved it there.”

Indeed this does seem appalling; the hospital spokesperson explained “Families are always informed of the date and time of the funeral and invited to attend,”.

“As part of the contract made with the funeral director, the crematorium retains the patient’s ashes and invites any relatives to scatter the ashes in a ceremony at the crematorium.

“In this case, arrangements have been made for the ashes to be released to the son.”

So good news in the end.

Caleb added: “It is a really big relief just to know I can get them and do what I want to do with them, rather than someone try to force what they want to do on me.”

What is also good news after such a traumatic time is that family friends have agreed to look after him along with their own two children.

Mr Westrop (Caleb’s new guardian) said: “We were waiting to hear from them about the ashes. We assumed you could collect them and Caleb could do what he wanted with them.

“But they said they weren’t going to release the ashes and said that because the hospital paid for the cremation, the ashes belonged to them.”