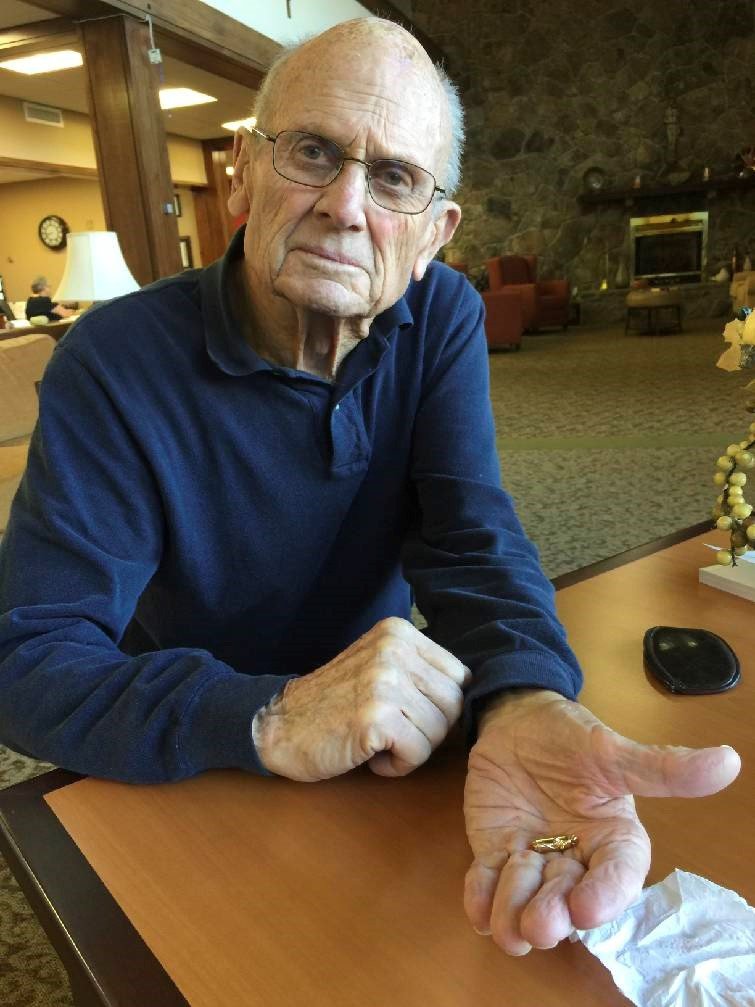 We all hate losing stuff, but just imagine losing a locket with a loved one’s ashes inside – how distressing would that be. However, on this occasion there was a happy ending.

Last month Bud Crevasse, an octogenarian from Signal Mountain Tennessee, spotted a shiny pendant on the floor of a local car park, he picked it up and on examination realised what it was: a locket containing ashes. And being a very community spirited sort of chap he sought to find its owner. He didn’t have much to go on. The locket was inscribed with one a word name ‘Jack’.

Mr Crevasse tried to think of ways to find the charm’s owner. He called local police departments, but to no avail. Then, he talked to some of his friends at Alexian Village who said he should alert the media, so he called the Times Free Press.

He told the paper: “I saw something shining, and so I picked it up and put it in my pocket,” , “I realized this might be precious to someone,” , “I’ve heard people talk about taking the ashes of a loved one and wearing them on a necklace.”,

He gave the pendant to the reporter and the reporter took it to a local jeweller who observed  that “I would say it’s from a necklace, and the chain broke,”

So, the paper put out an appeal if anyone had lost the locket. Soon after a lady came forward and was able to identify the locket was hers and she was reunited with the ashes of her husband.

I think this one has a moral too. If you do have some ashes in a keepsake piece of jewellery please make sure you have some at home too in case of such an eventuality.