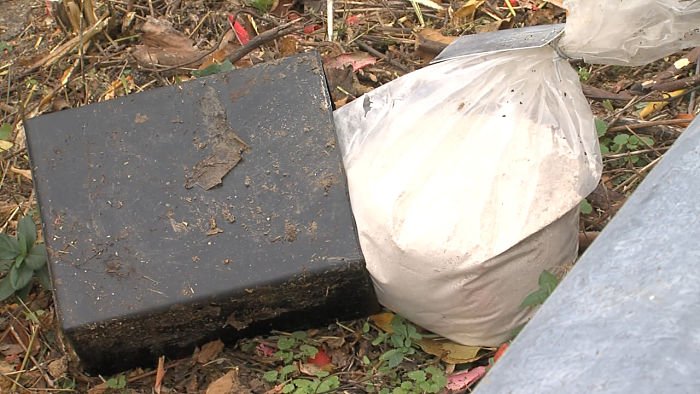 Normally I am pretty respectful in this blog, but here we have a case of splendid nonsense complimented by a healthy dollop of ignorance and stupidity.

A box containing ashes have left by a river. Yep that’s it … that’s all folks! What makes it worthy commentary is the reporting, the commentary, the fact that it made it on to broadcast news and finally comment at from a insightful citizen – priceless.

In essence the council worker found an urn, didn’t know what it was. He then realised and informed the police who have gone to track down the family concern.

[the italics are lifted straight from the article]

Mr Whitehead, the city employee who came across the urn says he has seen it all having worked for the city for over a decade. But, when he stumbled upon something out of the ordinary while mowing grass, he knew exactly what to do.

“I was admiring the box really. I said it was a nice little box. I didn’t think there was going to be anything in it like that,” said Whitehead.

The black box contained cremated human remains, even labelled with a name and date of death.

“I read the label on there and come to find out it was a cremation or something. So I put it back, eased on back and called police,” said Whitehead.

Really does that sound that he knew exactly what to do? And I love that expression “eased on back” like the urn was armed and dangerous. Wait it gets better, it is like a scene from Punch and Judy, next we have the inept policeman.

“It’s not frequent to find this. We have had in the past where we found the actual the whole urn with it in it. But this is just a black box with the body in it,” said Scott Eanes, from the Danville Police Department.

What?! What are you talking about man, that makes no sense whatsoever?

Danville Police can’t say yet if the abandoned ashes leads to something criminal. But their first step in an investigation would be to find the family.

They could be right, this is just the start what will the evil villain get up to next.. human trafficking most likely.

Hold on Hold on! So what you are saying is that you found and urn with a name and address on it and you have contacted the press before the family!

As for Whitehead, he also can’t figure out how or why the box got next to the Dan River.

“I don’t understand why would anybody throw the remains down in here,” said Whitehead.

No he’s right seems utterly unfathomable… but don’t worry Mr Whitehead one comment at the bottom of the article may have the key Carla wrote Someone could have murdered someone and decided to burn their body thinking they can hide the evidence.

Wait Moriarti, we have found the perfect sidekick for you – a criminal genius within our midst.

I would like to visit Danville just to prove that the collective IQ of a town must be greater than 58.