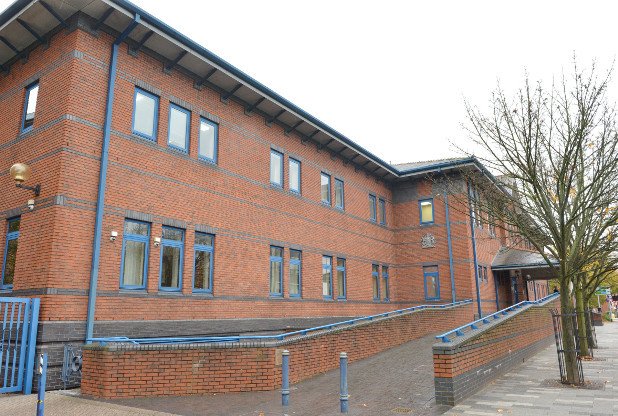 It never fails to surprise or sadden me the length some people will go get one over on an ex-partner. A trial is taking place in Stoke upon Trent of a woman who is accused of twice falsifying paperwork to prevent the son’s father from attending his funeral.

The deceased passed away at the age of thirty two of a life limiting condition and his mother arranged the funeral.

Originally she had gone to the Meir-based Co-operative Funeral Care and filled in a form stating no near relative was opposed to the cremation and no near relative had expressed any objection to the proposed cremation.

It seems that Mr Barber (the father) became aware of the situation and took legal advice where upon Mrs Hackney (the mother) agreed he could have his own service.

However she then sacked the Co-op services and then went to Harry Dawson Funeral Directors in Normacot, where she again signed the forms to say no one objected.

It would appear despite Mr Barber lawyers trying to intervene the body was released for cremation. And that Mrs Hackney was so keen to ensure Mr Barber was not present she arranged an early morning service where no one could present.

Her case is that Mr Barber knew his son was to be cremated and he did not object.

It makes you wonder what had happened between these two people to warrant such an extreme stance, surly anyone in that situation would consider the wishes of the deceased – not only was his life cut prematurely short, but his funeral appears deliberately arranged to prevent anyone saying goodbye, and not because he had done anything bad or wrong, due to malice aimed in another direction.

I’ll be honest I find cases like this depressing. I tell myself it is has made the news because it is rare and deeply saddening. And I suppose it must be as this is the first prosecution of its kind I have come across since I started writing the blog, so let’s take some solace from that.

Oh yes and on a minor techie point, it is interesting it is being heard at Crown Court as opposed to Magistrates, implying that it is an offence that could receive a significant sentence!

The judge, who also ordered Hackney to pay Mr Barber £5,000 in compensation, said the breaches of the Cremations Act had led to Mr Moreland’s relatives being ‘kept completely in the dark’ about his funeral in 2010.

Judge Fletcher told Hackney: ‘I have no doubt that this is a case where your actions were intended to cause harm specifically to Mr Barber.

‘You willingly violated the criminal law to achieve that aim.’

Adding that Mr Barber had suffered psychological distress, the judge told his ex wife: ‘Your behaviour undermined a serious and important process in the most fundamental way.

‘Your behaviour has plumbed the depths and can properly be described as selfish and egocentric.

‘It’s an old-fashioned word, I know, but your behaviour was wicked.’