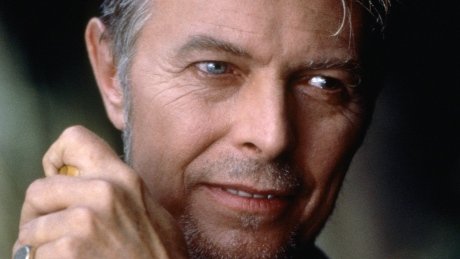 David Bowie a trendsetter of the first order did away with a traditional funeral opting instead for a direct cremation (one where no one is present) and requested that his ashes be scattered on the Indonesian island of Bali “in accordance with the Buddhist rituals”.

Bowie had since his teens flirted with the idea of becoming a Buddhist monk (in Scotland!)

According to his will he had wanted to be cremated there but that if this was “not practical” then he wanted his remains cremated and his ashes scattered there according to Buddhist rites.

It is interesting too that of all Buddhist centres he chose Bali. Not only it is an enclave in a predominantly Muslim country, but its principle tradition is Hinduism, one wonders if the Buddhism practised there more readily chimed with Bowie’s interpretation or understand of the teachings….or maybe it was just the island’s beauty: we may never know.

I don’t think we should look at the wealth he accumulated and sniff at his sincerity towards this way of life, he was enthralled by this way of thinking. And his ability to transform and reinvent himself chimes with a central tenet that things change so go with it (please excuse my paraphrasing of this deeply considered way of thinking).

He was quoted as saying: “When I was about 19 I became a Buddhist overnight. Herrer* was one of the very first Westerners actually to go into Tibet and discover for himself this extraordinary existence and this incredibly sublime philosophy.”

In another interview Bowie said: “I was young, fancy free, and Tibetan Buddhism appealed to me at that time. I thought, ‘There’s salvation.’”

He studied Buddhism in Scotland alongside the singer Leonard Cohen.  He said “I was a terribly earnest Buddhist at the time,” “I had stayed in their monastery and was going through all their exams, and yet I had this feeling that it wasn’t right for me. I suddenly realised how close it all was: another month and my head would have been shaved.”

So fair play to one of the greatest trend setter of the 20th century – you are a setting a trend even in your death.

* the author of the bestselling book: Seven Years in Tibet