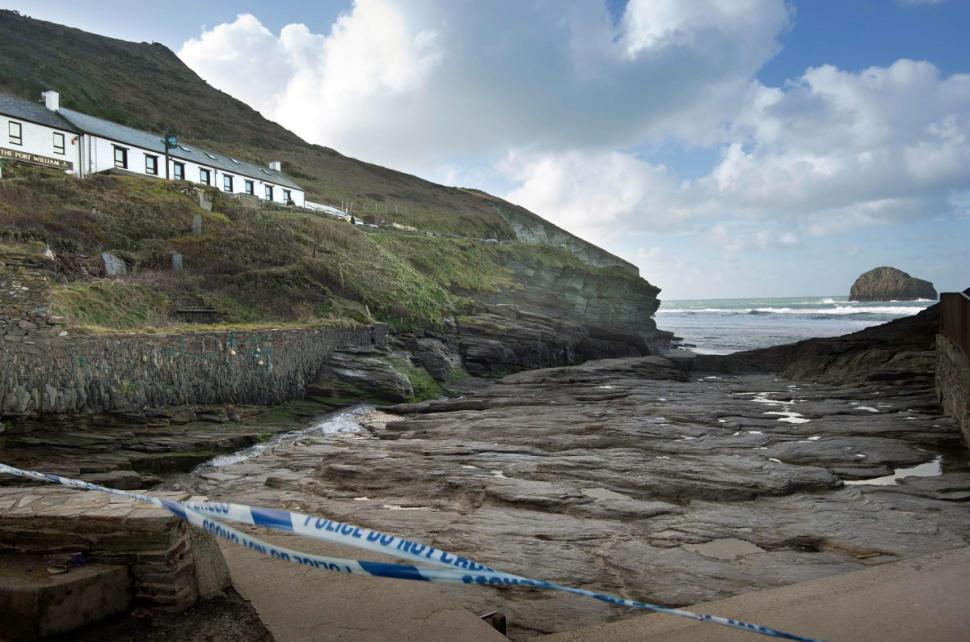 Tragedy stuck on Saturday (31 Jan) on the beach Trebarwith Strand, near Tintagel,when Mr Galliers and his family went to scatter the ashes of his Michelle.

The family had chosen that particular spot as it was where they had played as children.

The family scattered the ashes at a little river that flows onto the beach, Mr Galliers ‘s mother said he stepped away from the group, she presumed to say a private farewell when he was suddenly swept away.

Rescue attempts were made firstly by his brother-in-law, the RNLI and then a rescue helicopter, but each proved to be unsuccessful.

This is a truly sad event and has been much reported because of the reason for the family being there, it was even in the New York Daily Press. Something makes the tragedy more poignant because he was there to commemorate someone he had lost.

There needs little commentary apart from to express sorrow for those left behind. This is not the first occasion this type of accident has happened, since I began the blog I can recall three other occasions. One here in England that was a drowning, another where an expat in Spain was again swept out to sea and the final one a lady in Ireland slipped from a cliff path.

So wherever you choose, please take care not to endanger yourself or those in your group. If conditions aren’t right there is always another day.