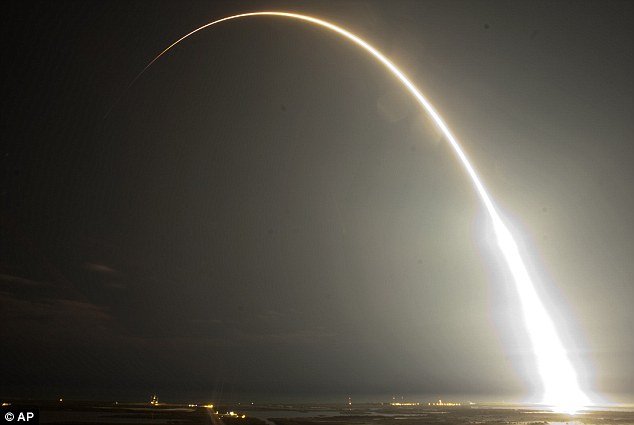 Scotty from Star Trek has had his ashes launched to space, this is a journalists dream. I know I am a bit slow to this as it happened last month, but past all the quotes and puns there a few interesting bit and pieces in this.

SpaceX’s Falcon 9 rocket lifted off from Cape Canaveral May 22 at 3:44 a.m. EDT heading for the great beyond. On board (apart from some techie whizzy satellite stuff) were the created remains (or part thereof) of 308 people. Including the actor James Doohan (Scotty) and astronaut Gordon Cooper.

Celestis, an US based company offers this service and will send your loved one’s ashes up to orbit Earth or further…

This is not the companies first attempt, in August 2008 they sent a similar capsule containing 208 people’s remains skyward, sadly the rocket didn’t make it and neither did the remains or the satellites (‘she’ll never make it Captain!’ – sorry sorry but I just had to).

Although the ashes were lost, Celestis retained some ashes for just such an occurrence. Wise.

This method of commemorating is a good headline grabber, it is big, it is bold, it is literally out there.

But do you get value for money?

I am thinking this was option 2, as a suborbital flight is…well an aircraft flight of sorts?

Firstly, you need to be patient, I think this is the first successful launch and I don’t think options three or four have occurred yet. Celestis need to team up with an aerospace company willing and able to get the ashes into space.

Secondly, for this service the ashes are held in a canister urn which separates from the Dragon capsule nine minutes into flight. If all goes as planned, the rocket will orbit the Earth for about a year before it re-enters the atmosphere and burns up. But from the website it suggests 10 -240 years – so I am a bit confussed but I am sure they are right.

I know I tend to talk about emotions, trends and so on, but this has interested me for the business model.

I suppose the question is fairly simple– Is the price tag worth the cerebral feeling?