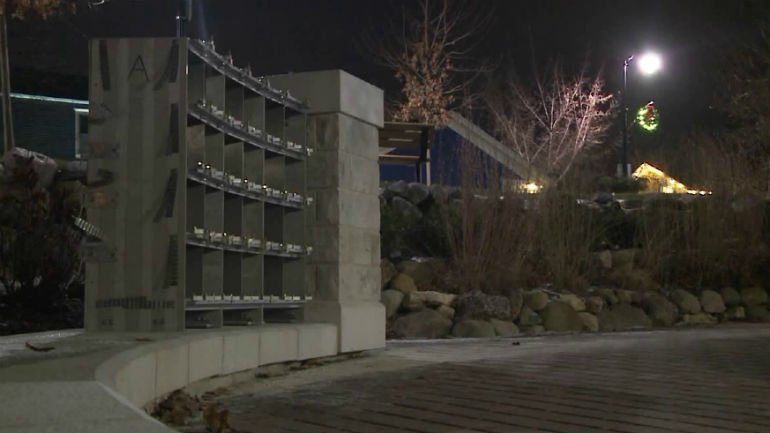 The attorney general of Cedarburg city, Michael Herbrand thinks so, but the reverend of the local Advent Lutheran Church disagrees. So why is this such a big deal? Well the Church had deigned a columbarium for their downtown (city centre) church which was to be the resting place for a number of its congregation; they had already sold a proportion of the niches and could have easily expected to sell the rest. They had permission initially from the city council but this had lapsed, they came to renew it but this time it was rejected. The members of the committee had reconsidered their opinion and said a place for laying the dead to rest was incompatible with the general hustle and bustle of a city centre.

The churches choose to ignore this and carry on regardless believing that it they were entitled to do it anyway. However they had to down tools when the man with clipboard turned up and told them to stop.

The fandangle seems to revolve around whether it can actually legally be sited there. The attorney general is of the opinion that is it is the same as a mausoleum and as such must be contained within a cemetery; the church is in the town centre and therefore can not be a cemetery as there are a number of caveats – proximity to dwelling etc. The reverend of the church thinks this is nonsense and the columbarium should not be considered the same as a mausoleum.

It is likely to end up in court. Where only the lawyers stand to gain.

It seems to me the council are legally correct whilst the church seem to have the moral high ground. We know in law that cremated remains are considered the same as a body so the inference that this is therefore equivalent to a mausoleum is probably correct. However the rejection of the planning permission after is lapsed seems unfair, committee members considering that the columbarium now seems incompatible with other activities in the area is petty narrow-minded and unkind.