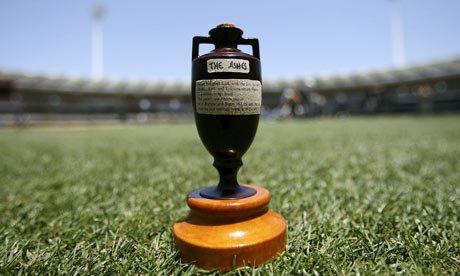 As one of the world greatest sporting contest draws to a close and England retain the precious little trophy, spare a thought for where this tiddler came from and what was the symbolism.

The story starts in 1882, at the Oval cricket ground in London, when England cricketers managed to clutch defeat from the jaws of victory and the following day in the press was an obituary of English cricket penned by a Mr Reginald Brooks appeared in the Sporting Times and said ‘[that] the body would be cremated and the ashes sent to Australia.’

Then the following year England vowed to bring those ‘ashes’ back again. England won the competition and the captain was presented with this  tongue-in-cheek  trophy …and so began the legendary series.

But the reference to cremation was not as abstract as it may seem, at the time cremation was not practised in the UK, it was illegal. However there was a growing and powerful movement behind it one of those involved was was none less than the surgeon Sir Henry Thompson who happened to be Queen Victoria’s own physician. And he published a paper on the subject arguing that cremation was a sensible way forward due to hygiene, land space and it could make a good fertiliser!

Now the chap who wrote those ‘immortal’ words was the son of one of those original cremation campaign, the father a Mr Shirley Brooks (editor of the satirical and influential Punch publication) and founding member of the Cremation Society of England.

Sadly Mr Brooks (Snr) passed before his campaign had reached fruition. But campaign did not diminish and continued to grow in strength. Then in 1882 in the news at the time of the Australian cricket team visit was  a story running in the press the story of a Captain Hanham who had  requested the Society’s help in cremating two members of his family, the Home Secretary refused to give consent, prompting Brooks Jnr to pick up his pen…

And so there we have it how Reginald Brooks unwittingly entered the history books, not through and random or abstract comment but through a promotion of a cause, dear to his fathers heart and which did actually come to pass some 28 years after the society’s beginning

I found the original lead for this story here: http://www.guardian.co.uk/sport/blog/2009/jun/11/ashes-origins-england-australia