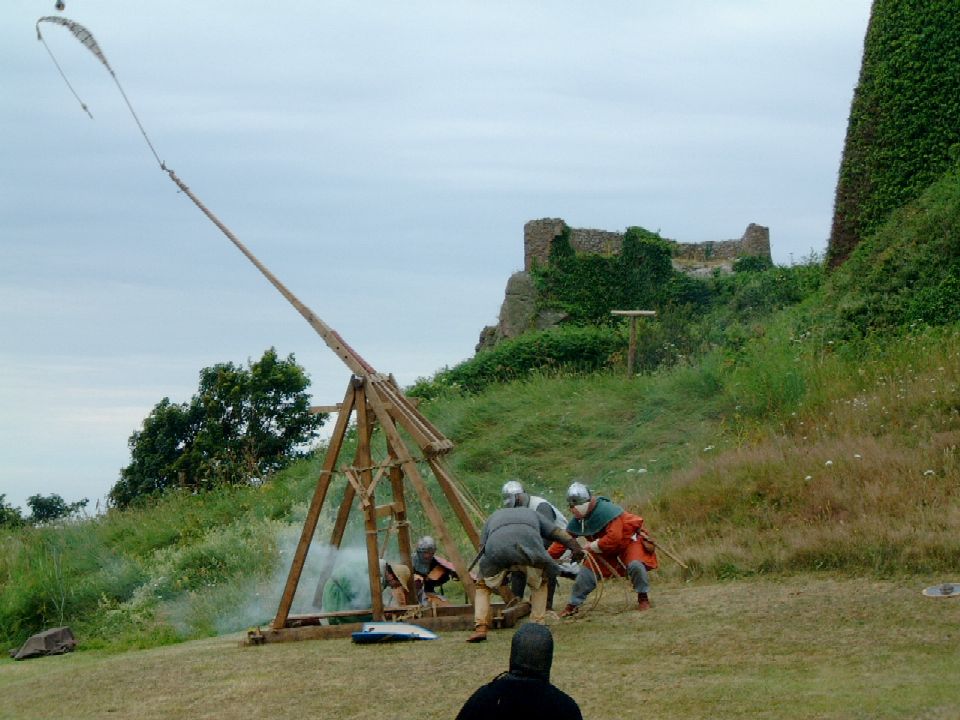 Flung from a mighty medieval war engine, sailing into the sky then boom! The ashes scattered across the the target – what a way to go!

Well okay perhaps not everyone’s cup of tea, but I would wager there are plenty people out there who would like it! Okay mainly your armour clad battle enactment lovers, perhaps a few engineers and the odd history lover maybe – see more than you would think.

Imagine. The Drum beating out, the clash of steel and wood, then silence, the pull of the lever and woosh!

Now I haven’t quite laid this on a plate for you, but here are some starters.

Option One: from a Working Replica, to date I have found two full size working trebuchet in the UK (there may be more)

All you need to is persuade them to let you use them for this activity, umm ok tall order perhaps, but you never know.

Option Two: Build your own. Again perhaps an issue, but I have found a website which has plans for a model that can sling a boulder of 6lbs in weight, which should do the job – www.stormthecastle.com

If you are from The States you could do it as part of a Trebuchet building competition, they hold a competition called Siege the Day (very good) in which you could participate,  failing that I suppose you could ask one of contestants to lend you one?

Option Three: Get someone to build one for you, bit pricey but still, these guys built one for the BBC Carpenter Oak and Woodland

Option Four: Reconstruct one as part of a memorial event. This is my favourite (although I have not approach the company involved) based in Bedfordshire on a sort of activity centre, you get to build the trebuchet from the kit and fire it. It says once constructed it is capable of firing a water balloon or football up to 120 feet. Go to Lee-leisure

So how would you fire the ashes? Again I think we have a couple of options, one would be to make a missile out of paper-mache, using a blown up balloon (not too challenging), the other use one of our floating ball urns they would do the trick.
Lastly the script, something from Henry V  ‘Once more into the breach…’ or maybe Monty Python and the Holy Gail ‘Your mother was a hamster and your father smelt of elderberries!’

Over to you, good luck, and let us know how you get on….