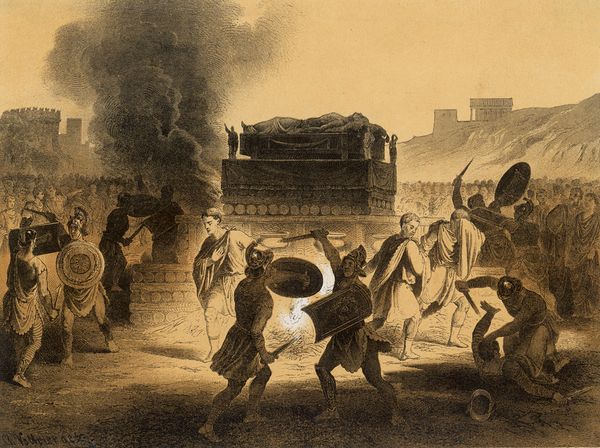 Julius Caesar arguably one off the most important figures in western history was assassinated on the Ides of March (15 March) 44 BC.

When Caesar died, his body was taken to The Forum to be cremated, the crowd that witnessed this was much larger than had been expected causing mayhem, and his funeral pyre burnt slightly out of control causing damage to The Forum.

An eagle was set free amongst the flames. It was that the eagle would transport his soul to the heavens. His cremated remains were placed in a grave in his temple, which still remains today (although somewhat dilapidated).

The Roman legions marched under a silver eagle, with outstretched wings, clutching a thunderbolt in its talons. They believed it lucky to camp near to an eagle’s nest & would often bury an eagle’s wing near their campsite, as protection against storms.