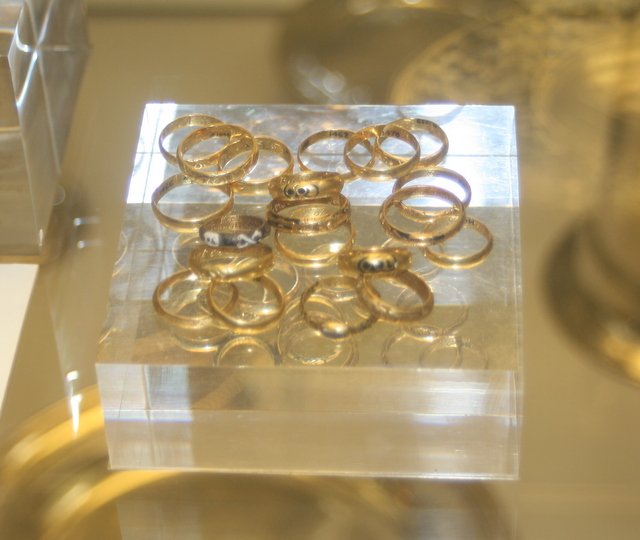 Memorial jewellery is not a new idea, the tradition appears to date back to the medieval times. I found this little piece in my beloved BBC History magazine, the brief article said that ‘Mourning rings’ popular principally in England became more commonplace in the 16th century and lasted into the early 1900s.

This is not quite the same as our memorial jewellery, where a little bit of a loved ones ashes either goes into a hollow piece of jewellery or incorporated into glass. These were engraved with a loved ones names or motto etc . It says: “While the very poorest could not afford them, relatively modest individuals would at least try to leave money for rings for close family members. Everyone attending the funeral of a rich person might get a ring.”

What I found odd was the designs. Often they did not contain a stone; although jet became popular in the Victorian time (why were the Victorian’s so inclined toward the Gothic? – maybe a blog for another day…thinking about that why were the Goths associated things dark and sinister?). However it said that designs included skull and crossbones – Ahoy M’hearty’s! By a little quirk I happened to come across a display of them in the British Museum – hence my poor quality photo above.

Anyway as with many traditions the First World War put pay to it, the enormity of loss made such gestures seem a bit indulgent. Apparently they made a brief resurgence in the US with Bakelite rings that contained a photo of the loved one. Nice.

What the article didn’t seem to consider is that as society going back towards this sort of memorialisation and that this tradition is coming back although in a different way with keepsake jewellery containing ashes of a loved from pendants and bracelets to cufflinks and memorial rings.