This is becoming a popular option here in the UK. There is something so enigmatic, so powerful and symbolic about the concept of the Viking funeral.  It’s occurrence in films, novels, TV series like Game of Thrones and Vikings (amongst other things) triggers a powerful sense in our imagination. When Dylan Thomas wrote his poem “Do not go gentle into that good night” this for me was its essence. A bang rather than a whimper. The image of a boat set on fire and set adrift, with flaming arrows shooting into the sky to light the pyre or accompany the boat, has a strong calling for many.

Here are our thoughts:

Can I have a proper Viking Funeral?

When people ask this, what they are thinking? Is it a full size Viking Longboat with their body placed on top afloat and alight – drifting into the ocean.

If so, the answer is Yes and No.

No, you can’t have full body cremated in the open air: Law in the UK prevents it on public health and pollution grounds.

Yes, you can theoretically have a full body burial at sea, but it very difficult to get a ‘full body’ sea burial. They are only permitted at a very few locations around the coast of the United Kingdom, and these are under strict conditions, concrete casket (among others) and it fairly expensive too.

Are our notions of what a Viking burial is correct? Again, yes and no. From the historical records it is likely the Viking funeral rites varied from place to place, there are numerous finding of Viking graves and some of the grave markers can still be seen today. The gravestones are called Hogbacks because of their distractive shapes. Like this example of one in Luss, near Loch Lomond in Scotland. The elaborate carvings takes time and effort, which points to someone of a high status. 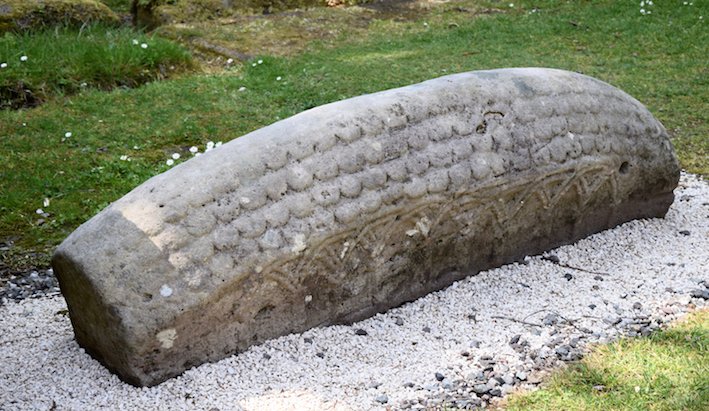 There is clear evidence that the iconic Viking Longboat or Longship was used for funeral rites of high status chieftains and the like. Here in the UK the famous Sutton Hoo Burial Sites gives us a unique glimpse into that world, with the graves goods (also see below) exhibited at the British Museum’s Viking Section. However, the boat at this site was not burnt, it was buried. I think also this was a boat of an Anglo-Saxon chieftain, before the Viking Age.

There is one historical written record of a Viking Longboat being burnt in a funeral pyre, this was recorded by Arabic diplomat called Ibn Fadlan (this is his account), needless to say the event was quite raucous.

The most well known funeral rite that encompasses a boat burning and being set adrift comes from the Norse myth about the god Baldur, who was sent off in his ship ablaze – for the full story – The Death of Baldur 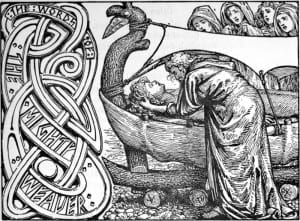 So, what can you do to have a proper Viking send off? 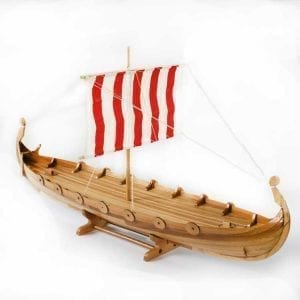 Grave goods – these historically were to help the the person in their next life Valhalla or Niflheim depending on which exit you took, however we have a more modern take on this, one in reverse so to speak we have created a Viking Ashes Ring – that can hold a little of the ashes of the person so you can take some of their Viking spirit or essence with you. 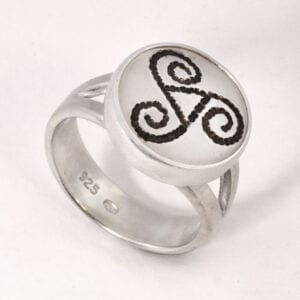 Lastly we do do different sizes in our Viking Longboat Urns – Standard – suitable for most people, Large – for one large set of ashes or two small sets. Keepsake for a small amount.

So, there you go – Valhalla awaits….