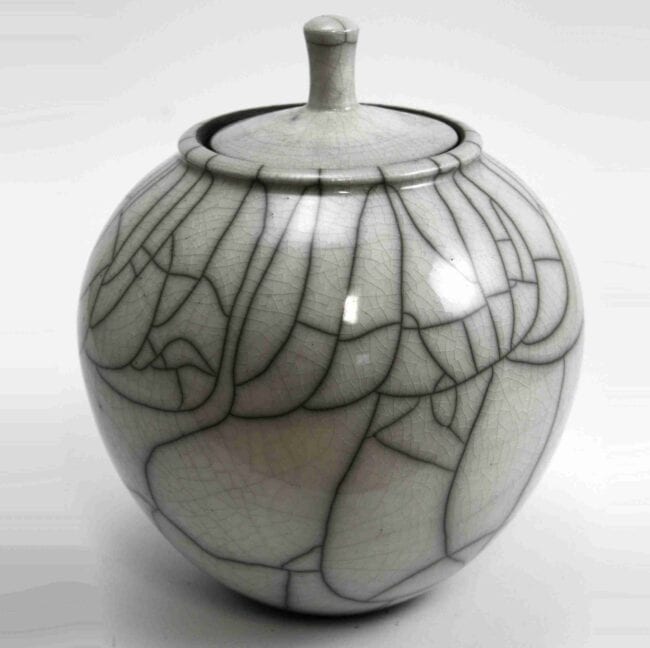 There are various definitions on an Urn, let’s ignore those specifically referring to a large receptacle for tea and such like and focus on those that contain ashes, oops have I just given the game away? Let’s see…

Urn (noun: urn; plural noun: urns)
So Google pops up with the following:

a tall, rounded vase with a stem and base, especially one used for storing the ashes of a cremated person.

Cambridge dictionary tells us that an urn is:

a container, especially a large*, round one on a stem, that is used for decorative purposes in a garden, or one that has a lid and is used for holding a dead person’s ashes

An urn is a container in which a dead person’s ashes are kept.

Now, there some commonalities, well actually is there? Even its primary purpose is to hold, so I agree with vessel or container. Not a vase though.

So other descriptive words and phrases used: tall; rounded; stem and base; large; ornamental.

I would say that it does not have to be any of those things, although can be some or all.

Scattering Ashes’ definition of an urn:

A container used to hold ashes.

So, is Ashes Jewellery an Urn? Probably not but they are a container for ashes..

*One last thing, well two actually. People (in this case lexicographers) should not use the word ‘large’ unless as a comparator. Secondly the use of the word preserving, do they really? I suppose it depends on your definition of preserving! Help!!