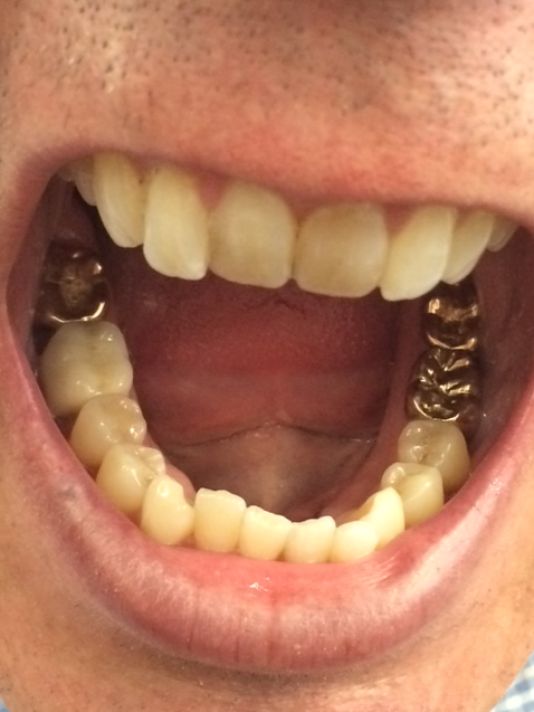 The value of gruesome gold.. (all wording in italics is from the original author)

Question: What happens to the gold teeth when a body is cremated?

My answer: In this case, it seems, you can take it with you, mainly because, well, ewwww.

Real answer: I’m not going to lie. I found this question strangely fascinating, mainly because I have a mouth full of gold-laden cavities. And yes, that’s my mouth in the photo. Food writer Mackensy Lunsford really earned her paycheck that day.

Now, on to an answer.

“Most funeral homes won’t remove gold teeth,” said Carl Boldt, a funeral director with Asheville Area Alternative Funeral & Cremation Services. “The gold in someone’s mouth is not worth as much as people think, and it’s not worth the cost to hire an oral surgeon to remove it.”

The funeral home tells clients if they want a loved one’s gold teeth removed, the family needs to hire an oral surgeon to do it. Gold fillings are not a high-purity variety, so the value is limited.

Dale Groce, funeral director at Groce Funeral Home & Cremation Services in Asheville, said it is a subject that comes up on occasion.

“We have had families that request that they be removed, but we do not do that,” Groce said. “Dentists have reported to us in every case that the qualify of the gold in a tooth is not worth the expense of removing it.”

After cremation, Groce said, the remaining gold is essentially “indistinguishable” from the ashes “to such a point it cannot be found.”

Other metals, such as those used in hip replacements or other orthopedic surgeries, can be removed by a magnet, Boldt said. His company contracts with a metal recycler to take those metals.

As gold is not magnetic, this technique doesn’t work to remove what remains from the ashes.

Oh. Well I think that could be true I did some digging for myself, it turns out the the gold in teeth could be worth something depending on the alloy used it varies from 10 -22 Karats  [ http://www.animated-teeth.com/dental_crowns/t-sell-scrap-dental-gold.htm]. As for it not being worth it, well apart from it being gruesome and ever so slightly macabre – it could well be, although I am left wondering who would do it – I can’t see many dentists queueing up for the job. The obvious place would be to recover the precious metal after cremation. The answers from the funeral directors were true to a point. Gold crowns etc, are not metallic and as such will not be picked up by a magnet. However, there are a number of foreign components that are removed post cremation that are also non metallic and when one receives the ashes back there are no fussed parts implying that that they have been sifted, also I was a aware that in Japan this is very much part of what is recovered, so perhaps the full truth will be revealed in the fullness of time….

4 thoughts on “The value of gruesome gold”