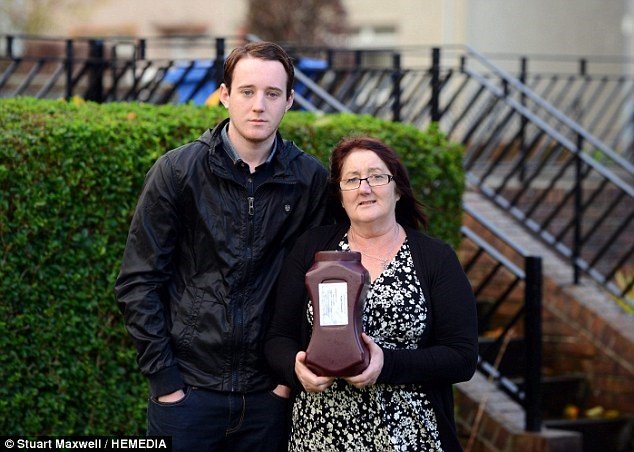 This is the sad case of Mr Fitzpatrick who passed way in August. He had suffered depression for some time and it is believed he committed suicide. At the time he was living on his own, his children had left home and he was estranged from his partner, with whom we was still on good terms and would regularly visit.

When he passed away, his ex partner asked the local authority to make the arrangements, as there was no money available from the family. The local authority, in this case North Ayrshire Council,  is obliged to do this, in their words: ‘The Council can be asked to step in to arrange and pay for funerals under the National Assistance Act when there is no known next of kin or no arrangements are being made by others for the deceased’

‘As such, responsibility is relinquished to the Council and the appropriate arrangements are made in line with the legislation.

‘In such cases any interested person is entitled to inquire about times and dates, and arrangements for ashes.

‘We were contacted by a member of the public who wanted to be notified of the date of his funeral.

‘We contacted the member of public on September 9 and left a voicemail message telling her the funeral was scheduled for September 15.

So the council says they left a voicemail to inform Ms McFadyen of the date of the funeral. Ms McFadyen denies receiving the voicemail. Consequently there was no family present at Mr Fitzpatrick’s funeral. This has outraged Mrs McFadyen, who thinks North Ayrshire Council have been negligent in their duties and she has filed a complaint.

Firstly, this is all very sad and one must feel compassion for the family in their grief. Secondly, if all the council considers they are obliged to do to fulfil any moral obligation is to leave a message on an answer phone then I would suggest that that is a long way from what most of us would consider a reasonable approach.

The question is it just black and white case of who is wrong? Ms McFayden said “saying goodbye is a right everyone should have.” Which is right, but are the council the only ones culpable in this, is there any apportionment of responsibility (not blame) for the family. Funerals aren’t cheap and funeral poverty is a real issue. When it is a choice between feeding the family rather than picking up the bill for a family member’s funeral then I am sure that is a truly tough decision. It would appear that only his eighteen year old son was involved, who is unlikely to be have the means. However, when one makes the choice to relinquish the responsibility, to what extent does that mean and does one also relinquishes any ‘rights’ too? I am not suggesting that what the family choose to do was wrong or that it was an easy decision to make. What I am saying is, if that is the choice made, even if another way seems impossible, there is still some responsibility to keep matter under control as much as possible and not necessarily leave the entire onus on a council officer who may be desensitised to such situations.

Ms McFadyen comments is telling: ‘I was so angry and upset. Alan had no family there – he was all alone. Me and our son were devastated. We wanted to say goodbye and lay him to rest. It’s not like messing up an order or a purchase. You can’t cremate someone twice.’ Which is right, but legally it wasn’t her ‘order’ to mess up.

I do think it is appropriate at this point to plug the brilliant campaign from the Quakers Fair Funerals, which is promoting more affordable services so that the family can retain control.

I also hope some good will come of this and the North Ayrshire (and other councils) will take heed and understand that leaving ‘an’ answerphone message does not amount to satisfying their duty of care, and that their procedures are updated to making reasonable endeavours.

Of some relief to the family is that they were able to retrieve the ashes before they were scattered at the garden of remembrance, so hopeful they will be able have a meaningful ceremony to commemorate the life of someone they loved.

Original story was reported widely, I mainly used the one reported in the Daily Mail