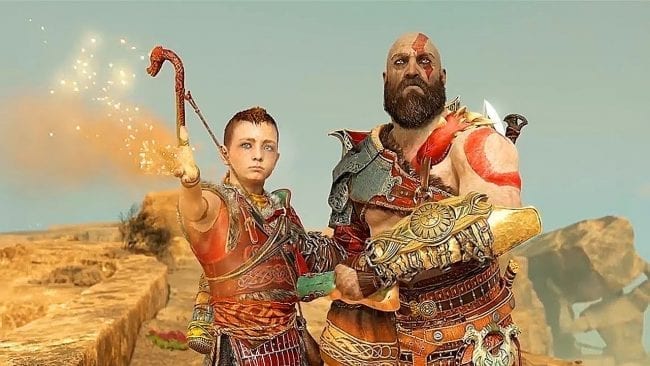 I know precious little about video games, I see my children play them with bewildering speed and dexterity. Occasionally they offer me the controls and encourage me to play, I then spend a short while embarrassing myself before returning them and then being ridiculed. However, I was interested to learn that one of the biggest games of the year’s objective was to scatter ashes.

The game is God of War,  it is an action adventure and part of a series – this is number eight. It is on the PS4 and has been hugely successful, selling over 5 million copies in the first month!

The game, set in a mythical norse land with lots of splendid references and characters. Basically is about a big tough chap and his lad,  who need to go off to scatter the mum’s/wife’s ashes. Obviously on the way there is lots of derring-do and scrapping and such like. The final scene, which is in the clip above, shows the duo scattering the ashes.

The marvelous thing about fantasy is that there is no rules. The ashes are contained in a bag and when they are scattered on the wind they take on the magical aura, it is very well done.

Anyway, I can imagine the game creators have just been biting their nails waiting for my thumbs up – well don’t worry anymore guys, you have it! I just need to ask my kids to play it!