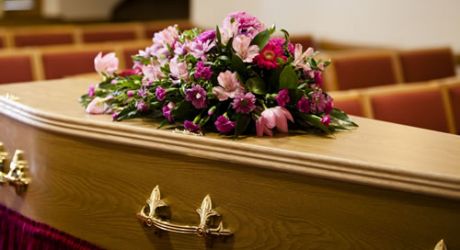 Do they burn the coffin when you get cremated?

The question, do coffins get cremated with the body is a frequently asked. To those in the funeral industry this often met with a surprised or bemused look, the answer is: yes, of course.

However the fact the question is asked on such a frequent basis mean that this is not universally known or understood. But why should it be? Most people prefer not to dwell on such issues, why would they?

Apparently there are certain companies in North America that will rent out one of those grand caskets, like the ones you see in the Soprano’s (these are not very common in the UK) and then after the funeral the body is transferred to a more simple coffin for the cremation.

In the UK once the coffin is sealed, that is it. The coffin, the body and anything the person is wearing (including jewellery) will be cremated.

The heat and duration of the process means that the only thing that are left are those that do not combust (burn) – bones and the metal parts e.g. metal nails from the coffin and false hips etc.

The metal parts are removed and in many British crematoria these are now recovered with the proceeds going to good causes. The remainder of the cremated remains, which is the bone matter, is reduced to a granular powder known as ashes. This is what you will receive back from the crematoria or funeral director.

Our advice. Remove jewellery from the deceased, even items such as wedding rings. Whilst you may think that they never took of in life and it should stay with them through the process, it is perhaps better that it is passed on, placed in a memory box or incorporated into another piece of jewellery. Important jewellery is link to a person life and should stay that way.