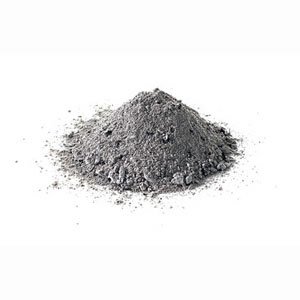 Below is a bit morbid, but a lady (well actually the lady’s mother) was perplexed enough to ask the question, so it is obviously of interest. The question and answer came from the website Allexperts.com and as far as I can verify seems a very plausible explanation, after all the chap is an expert…

The lady’s grandmother passed away and when her ashes we scattered the family noticed they were very dark in colour, there was a large volume, but light in density.

When she came to scatter her grandfather’s they noted a significant difference his ashes. They were a light cream colour, powdery like burnt paper ashes, very little volume, but they were very heavy.

The family wondered why. The granddaughter described the grandmother very obese, who had lost a leg and the other had been fused with a metal rod in the knee, she was diabetic and on several medications. Whereas she explained her grandfather was underweight, an alcoholic, on a heart medication, although otherwise healthy.

The answer was posted by Erin Phelps

“Your Grandmother’s cremated remains were very dark most likely because of the volume of adipose tissue, due to her being morbidly obese, which could have left a stain on the cremated remains. The difference in weight was probably due to the fact that an obese person will cremate at a much higher temperature, again due to the adipose tissue, and the skeletal remains (Which is what the bulk of the cremated remains consist of) which have been cremated at a very high temperature and for much longer of a time, thus leaving them less dense.

Your Grandfather’s cremated remains were lighter in colour due to the lack of adipose tissue and weighed more do to the cremation temperature being lower and for less time. Thus making them more dense.

The difference in consistency may be due to different processing machines pulverizing the cremated remains before they were placed in the container.”

So there you go, in case you wondered…And here is me thinking Adipose was an Episode from Dr Who!

Addendum: We have been informed that this may not always be reason for the darkness in colour, a lady kindly informed us that in her particular situation: the ashes we dark in nature, yet the deceased was lean in build. So it is apparent there may be other reasons for the colouration.

55 thoughts on “Differences in colour, weight and consistency of cremation ashes”