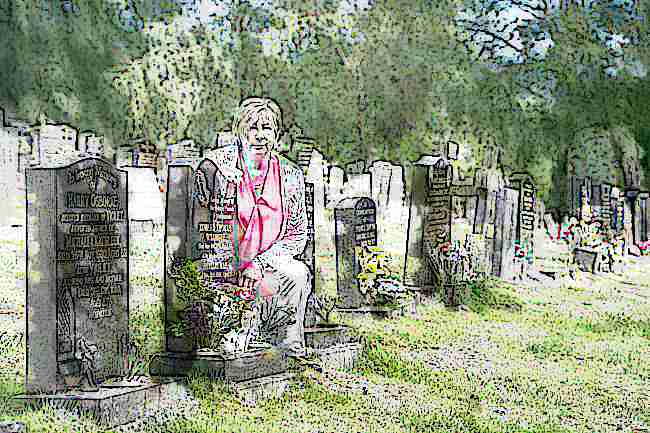 Coping with the death of a loved one is difficult at the best of times and small injustices can become magnified many times over, here we have the case of a lady from Pontypool in Wales, who was organising the burial of her disabled brother’s ashes and because her brother had lived away from the area the local authority charged her double the price for a standard interment.

Gill Willmott’s brother who had Down’s syndrome passed away in June this year, she wanted him laid to rest in the same plot as her parents, but was told instead of the standard £256 charge, she would need to pay an additional £256 because her brother lived away from the area and did not die there.

Mrs Willmott was furious, she said:  “When the funeral director came to say I had to pay an extra £256 I couldn’t believe it. At the time I just paid it as I had just lost my brother and I was grieving – he was a big part of my life.

“I was born in Torfaen; I’ve lived here all my life – my brother was from Torfaen but as he had Down’s syndrome he moved away for specialist care in Newport. It was only 15 minutes away – a couple of miles outside of Torfaen.”

She added: “I’ve been ripped off, it’s not right and my worry is that other people haven’t queried it.”

However, it appears there had been an oversight, whilst the council does have a policy for ‘non-residents’, this doubling fee does not apply to people who have moved out of the county through no fault of their own such as due to ill health or disability.

Mrs Willmott’s brother had been living in Newport for the past 20 years for specialist care.

When the paper contacted the council they said: “We were not aware of Mr Willmott’s personal circumstances when the burial was booked and apologise for the additional charge. Had we been made aware, the family would not have been required to pay the additional fee.

“We will contact the family so we can discuss the matter in person.”

I can see why Mrs Willmott got cross, the policy seemed very unfair, turns out it was an administrative error, which is still very frustrating but a lot better than an uncaring or belligerent policy. One thing, the paper’s leader is slightly misleading. Although “Council make insensitive blunder and then aims to sort it out” doesn’t sell papers.