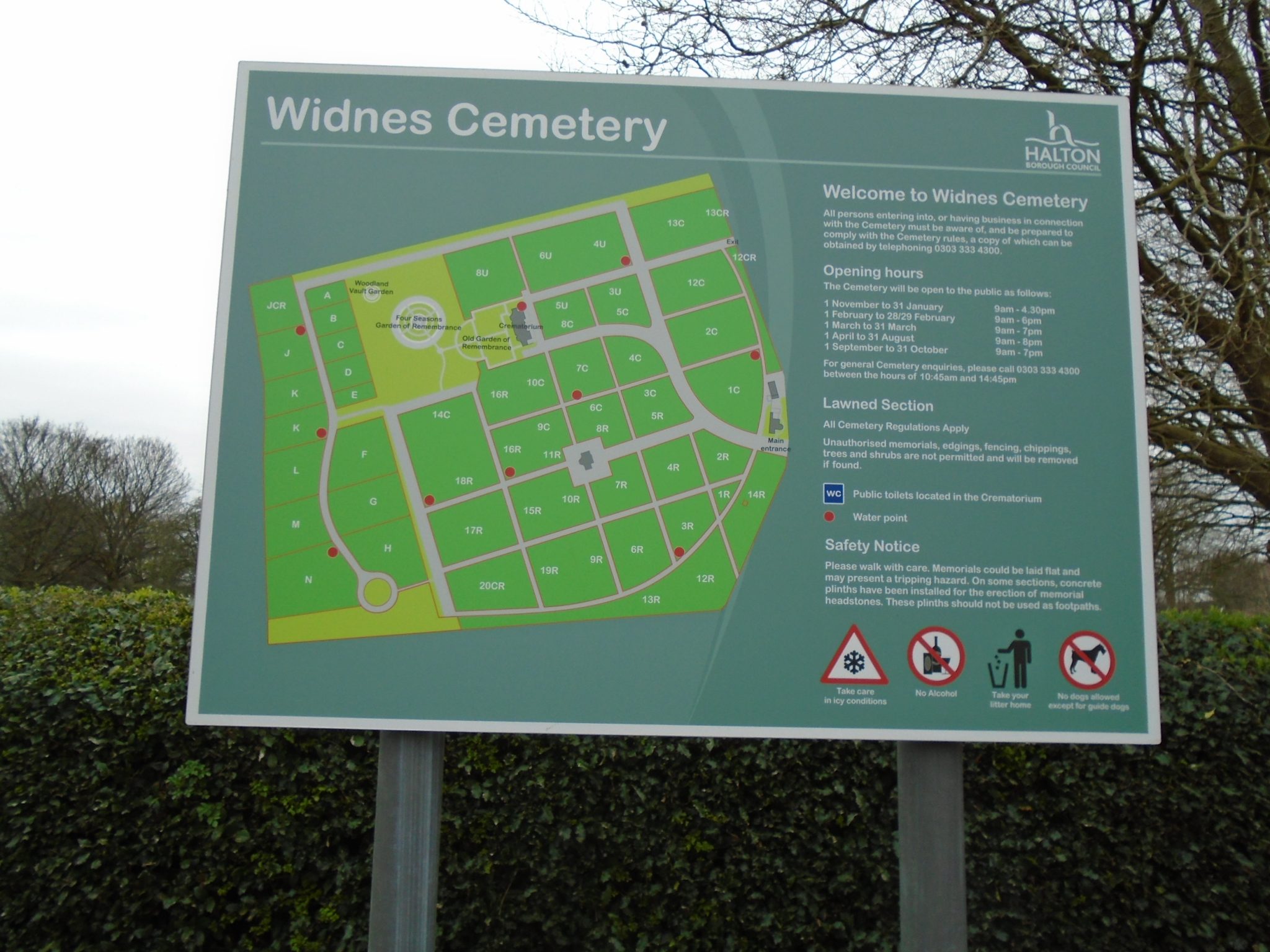 Everyone gets annoyed with the Council from time to time: over zealous traffic wardens, coming across the odd ‘computer says no’ clerk, or the librarian who doesn’t want their books disturbed.

Those images seem to stick in the mind as opposed to the good ‘stuff’ that they do and papers both national and local tend to use them as whipping boys.

The Runcorn and Widnes World ran the story of a grieving widow who was heartbroken as she believed the ashes of her husband had been disturbed.

Mrs Rose had paid the Local Authority £65 to have her husband scattered with the communal area, she decided to plant a rosebush where the ashes of her husband was scattered as she thought other were doing it so it would be okay. She had been a frequent visitor to the spot and was distraught one day to discover the rosebush was being removed.

Her daughter Lindsay Rose, 39, said: “Gardeners were digging up the little rose bush she had planted in his memory.

“He was Liverpool mad so she had also put a Liverpool vase and a pebble there as well but they had gone.

“My mum was hysterical.”

When she enquired as to what had happened the ground staff escorted her to the office.

“She could see all my dad’s things slung to one side and was told the rose had been re-planted,” said Lindsay.

“She said the man who spoke to her was abrupt.”, “The hardest thing is that they have disturbed my dad.”, “Mum wanted somewhere to go to visit him,” added Lindsay. “We paid £65 for this plot and had a special service.

“Mum was so upset to see dad’s ashes disturbed she cried all afternoon.”, “Now she can’t go back. That is what is so heartbreaking.”, “If they had told us we couldn’t put anything on the plot we wouldn’t have but when we saw plants left by other people we thought it was alright.”

So the Rose family wrote a letter of complaint to Halton Council.

Halton Cllr Ron Hignett, board member for the physical environment, said: “The lady had planted a rose bush in the general scatter beds which is not allowed in accordance with cemetery rules, all of which was explained to her.

“Scatter beds are not purchased plots (unlike graves) so many sets of cremated remains are strewn in the beds throughout the year.

“We are trying to keep the cemeteries and gardens of remembrance to high standard. If we allow pots and rose bushes to be planted in these beds we will have no room to strew further remains.

“If families want a permanent place to visit and place flowers they are advised to purchase a plaque and a vase is provided for flowers.

“Staff carefully re-planted the rose so it didn’t die and whoever owned it could collect it. As it was a communal area staff did not know who they were to contact. The cremated remains will not have been disturbed.

“Any vases that are placed on the scatter beds are periodically removed and stored behind the crematorium wall for collection. All of this was politely explained.

“Staff were courteous to the lady as they are to all users of the facilities as they recognise the sensitivity of the environment and the grieving process.”

So what should the local authority do? Whilst Mrs Rose is clearly distraught about this and one should feel for the anguish she must be suffering, the local authority in respect to others scattered there needed to do what they did. In fairness there are individual plots and alternative options for memorialisation. The councillor says she was told, one would imagine this issue has happened before and they would have made the rules clear, but you never know.  It would have been sensible for the council to write to her, but as it was a communal area that would be impossible. Perhaps speak to her if one of the staff had spotted her coming to pay her respects. In truth I doubt anything would have consoled her.

No one needs more things to sign, but I wonder if the council had explained the rules and asked to sign something things might be different, certainly everyone would be clearer about where they stood wouldn’t they….?