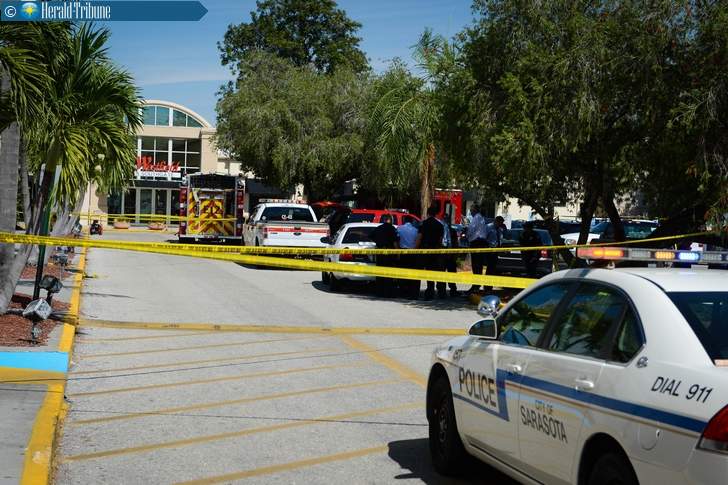 A shopping mall in Sarasota, which is on the west coast of Florida in the USA, went into shutdown after a man was observed scattering an unknown substance on the floor of LensCrafters opticians in the Southgate Mall.

Thomas Morin inadvertently triggered a full scale alert when carrying out the last wishes of his recently departed fiancée. This innocent, if somewhat ill-conceived plan, resulted the following: 25 police officers; 10 fire trucks; shut down of the mall for more than two hours including: every entrance to the mall closed with crime scene tape; all workers and customers told to “shelter in place” during the incident; and all being prevented from leaving the mall. They even had the FBI taking samples!

About an hour after the incident occurred, a hazardous materials team took a sample of the powder and determined it was not hazardous.

“Right now it sounds like I’m a monster. I scattered her ashes at other places too — the beach and stuff — places where she was happy.”

“I’m getting grief counselling,” he said. “The police chief said she’s got surveillance of me walking around the store scattering ashes. That’s all there was to it. I didn’t want to scare anyone.”

Poor chap, at least Police have told Mr Morin will not face any criminal charges.

So the four lessons I consider to taken from this are – when some people say it is better to ask for forgiveness rather than permission – take a sense check on that. In the US the balance between civic protection and the right to bear arms may be slightly out of kilter. Cremation ashes are non hazardous according to the FBI. Opticians, particularly the LensCraft Company, are nice places to work…