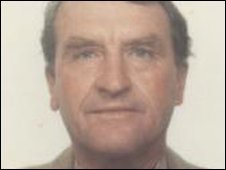 I do occasional get a stray cricket fan coming to the site in the mistaken belief I have some insight into the fabulous test series between England and Australia. Well hopefully if you are one of those very people you will like this post and raise a glass to one who shares your passion. An eccentric cricket fan has left money in his Will for 15 of his friends to scatter his ashes at his favourite cricket grounds around the world.

It emerged that Stanley who passed away at the age of 72 whilst on a cricket tour to New Zealand (New Zealand vs Pakistan). Had decided upon a fantastic way to celebrate his life – his mates will wear a T shirt (bearing the slogan Stanley Johnson’s Ashes tour) raise a toast and sing a song in his honour.

The group received details of their trips via sealed envelopes handed to them at Church Cricket Club in Lancashire, where Mr Johnson played as young man.

Mr Johnson, known around the world by fans and stars alike, one reason may have been his performance regularly in the stands at matches which one friend described to The Times as ‘part epileptic fit, part keep fit exercise.’

Fair play! Oh yes and in case your are wondering: