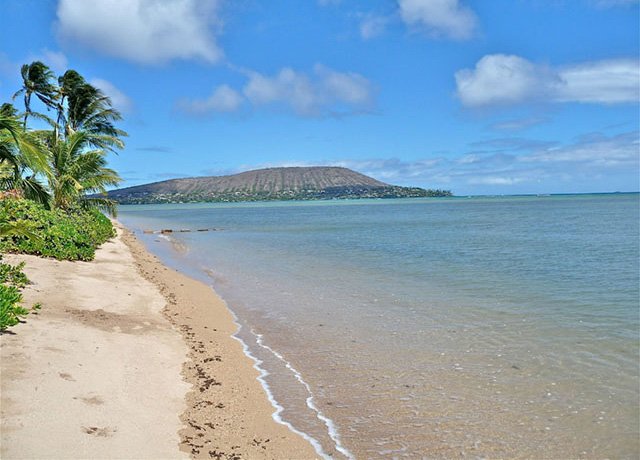 Memorial reefs are well established in the US the most famous is arguably the Neptune Society: a fantastical underwater sea-scape set off the coast of Florida – clear blue warm seas, absolutely perfect.

With those sort of climatic conditions where else in the States might be ideally suited, well Hawaii for one….?

Now cast your gaze to the other side of pacific where the Maoris are engaged in a protracted battle with the authorities on where ashes can be scattered, they considered the practise to be culturally offensive.

The Polynesian diaspora covers many thousands of miles over many centuries, and so it would appear that similar objections seem to be being raised in the island state of the US.

In a report in the Hawaii News Now there highlights just such a proposal (and backlash). The company Hawaii Memorial Reefs, is planning to construct a reef, where the ashes are incorporated into reef balls that are dropped 1/2 a mile offshore to create a habitat for wildlife. But the indigenous population aren’t that pleased.

“I’m already hearing from people who are appalled by this. In fact, kupuna are saying this is hewa,” cultural adviser for Livable Hawaii Kai Hui Ann Marie Kirk.

“For me personally, as a Hawaiian too, it just doesn’t sit well in my na’au,” Clyde Kaimuloa said.

Unsurprisingly the company disagrees: “We’re actually not trying to build an underwater cemetery, we’re trying to build an artificial reef and we’re using the cremains of your loved one and the dedications to actually help fund the building of the reef,” Richard Filanc said.

He went onto say that he does not consider it an “underwater cemetery,” rather an alternative to traditional burial while enhancing Hawaii’s ecological habitat.

“Because we’re an island community, we have limited space. And as the population grows, we need more land to develop for cemeteries and this is actually more environmentally conscious than actually developing more land for cemeteries,”

“We didn’t just fall off the back of the kalo truck, we understand that this is about money. This is a commercial venture and we already have scientists who are saying that that’s not good for the bay, that Maunalua doesn’t need that,” Kirk said.

Here is a link to the Neptune society – Neptunesociety.com