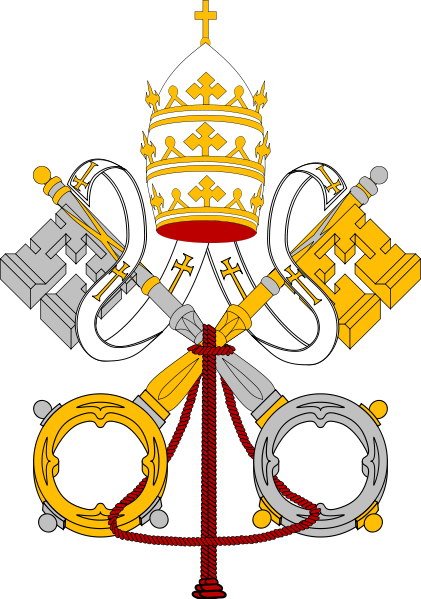 The Vatican has issued an Instruction to the faithful regarding the scattering of ashes.

Whilst setting out of their position in many ways makes sense and it is clearly referenced, we will attempt to summarise and translate and convey the message in a slightly more condensed and accessible form. This is our interpretation and I apologise in advance if I have missed any subtleties or nuances.

In essence they wish to make clear that the following are unacceptable:

What you must do is inter the ashes in a ‘sacred place, that is, in a cemetery or, in certain cases, in a church or an area, which has been set aside for this purpose, and so dedicated by the competent ecclesial authority.’

If you don’t follow this and do this wilfully against this instruction – a Christian funeral must be denied to that person.

Why have the Catholic Church taken this stance?

There are a few reasons that appear evident in their instruction.

To put a stop to the creeping trend towards liberal or personnel interpretations of faith, which they consider unacceptable. In their words ‘[The church] cannot, therefore, condone attitudes or permit rites that involve erroneous ideas about death, such as considering death as the definitive annihilation of the person, or the moment of fusion with Mother Nature or the universe, or as a stage in the cycle of regeneration, or as the definitive liberation from the “prison” of the body.’.

To make it clear you should choose burial as burial demonstrates a greater commitment to the faith, rather than the resurrection of the body being prevented.

The third appears to be they consider scattering ashes shows a lack of respect to the dead, which always has been very important to the Catholic Church. And by burying them in a ‘sacred place ensures that they are not excluded from the prayers and remembrance of their family or the Christian community. It prevents the faithful departed from being forgotten, or their remains from being shown a lack of respect, which eventuality is possible, most especially once the immediately subsequent generation has too passed away.’

Below is the full instruction and a link at the bottom of the page.

CONGREGATION FOR THE DOCTRINE OF THE FAITH

During the intervening years, the practice of cremation has notably increased in many countries, but simultaneously new ideas contrary to the Church’s faith have also become widespread. Having consulted the Congregation for Divine Worship and the Discipline of the Sacraments, the Pontifical Council for Legislative Texts and numerous Episcopal Conferences and Synods of Bishops of the Oriental Churches, the Congregation for the Doctrine of the Faith has deemed opportune the publication of a new Instruction, with the intention of underlining the doctrinal and pastoral reasons for the preference of the burial of the remains of the faithful and to set out norms pertaining to the conservation of ashes in the case of cremation.

Through his death and resurrection, Christ freed us from sin and gave us access to a new life, “so that as Christ was raised from the dead by the glory of the Father, we too might walk in newness of life” (Rm 6:4). Furthermore, the risen Christ is the principle and source of our future resurrection: “Christ has been raised from the dead, the first fruits of those who have fallen asleep […] For as in Adam all die, so also in Christ shall all be made alive” (1 Cor 15:20-22).

It is true that Christ will raise us up on the last day; but it is also true that, in a certain way, we have already risen with Christ. In Baptism, actually, we are immersed in the death and resurrection of Christ and sacramentally assimilated to him: “You were buried with him in baptism, in which you were also raised with him through faith in the power of God, who raised him from the dead” (Col2:12). United with Christ by Baptism, we already truly participate in the life of the risen Christ (cf. Eph 2:6).

Because of Christ, Christian death has a positive meaning. The Christian vision of death receives privileged expression in the liturgy of the Church: “Indeed for your faithful, Lord, life is changed not ended, and, when this earthly dwelling turns to dust, an eternal dwelling is made ready for them in heaven”.[2] By death the soul is separated from the body, but in the resurrection God will give incorruptible life to our body, transformed by reunion with our soul. In our own day also, the Church is called to proclaim her faith in the resurrection: “The confidence of Christians is the resurrection of the dead; believing this we live”.[3]

The Church who, as Mother, has accompanied the Christian during his earthly pilgrimage, offers to the Father, in Christ, the child of her grace, and she commits to the earth, in hope, the seed of the body that will rise in glory.[7]

By burying the bodies of the faithful, the Church confirms her faith in the resurrection of the body,[8] and intends to show the great dignity of the human body as an integral part of the human person whose body forms part of their identity.[9] She cannot, therefore, condone attitudes or permit rites that involve erroneous ideas about death, such as considering death as the definitive annihilation of the person, or the moment of fusion with Mother Nature or the universe, or as a stage in the cycle of regeneration, or as the definitive liberation from the “prison” of the body.

Furthermore, burial in a cemetery or another sacred place adequately corresponds to the piety and respect owed to the bodies of the faithful departed who through Baptism have become temples of the Holy Spirit and in which “as instruments and vessels the Spirit has carried out so many good works”.[10]

Tobias, the just, was praised for the merits he acquired in the sight of God for having buried the dead,[11] and the Church considers the burial of dead one of the corporal works of mercy.[12]

Finally, the burial of the faithful departed in cemeteries or other sacred places encourages family members and the whole Christian community to pray for and remember the dead, while at the same time fostering the veneration of martyrs and saints.

Through the practice of burying the dead in cemeteries, in churches or their environs, Christian tradition has upheld the relationship between the living and the dead and has opposed any tendency to minimize, or relegate to the purely private sphere, the event of death and the meaning it has for Christians.

The Church continues to prefer the practice of burying the bodies of the deceased, because this shows a greater esteem towards the deceased. Nevertheless, cremation is not prohibited, “unless it was chosen for reasons contrary to Christian doctrine”.[14]

In the absence of motives contrary to Christian doctrine, the Church, after the celebration of the funeral rite, accompanies the choice of cremation, providing the relevant liturgical and pastoral directives, and taking particular care to avoid every form of scandal or the appearance of religious indifferentism.

From the earliest times, Christians have desired that the faithful departed become the objects of the Christian community’s prayers and remembrance. Their tombs have become places of prayer, remembrance and reflection. The faithful departed remain part of the Church who believes “in the communion of all the faithful of Christ, those who are pilgrims on earth, the dead who are being purified, and the blessed in heaven, all together forming one Church”.[15]

The reservation of the ashes of the departed in a sacred place ensures that they are not excluded from the prayers and remembrance of their family or the Christian community. It prevents the faithful departed from being forgotten, or their remains from being shown a lack of respect, which eventuality is possible, most especially once the immediately subsequent generation has too passed away. Also it prevents any unfitting or superstitious practices.

The Sovereign Pontiff Francis, in the Audience granted to the undersigned Cardinal Prefect on 18 March 2016, approved the present Instruction, adopted in the Ordinary Session of this Congregation on 2 March 2016, and ordered its publication.

Rome, from the Offices of the Congregation for the Doctrine of the Faith, 15 August 2016, the Solemnity of the Assumption of the Blessed Virgin Mary.