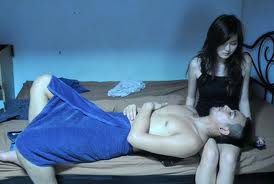 Is ‘good gracious’ a very British term? Maybe. Talking about cremation and cremated remains, I should not really be surprised about the stranger aspects of the human psyche. But (note the use of the full stop) this story has surprised me for two reasons, the fact that that youths are using cremated remains to get high and secondly the reason why – both truly fascinating

The latest craze in a part of Thailand is drinking a concoction of a recently cremated persons ashes with the extract from leaves of the krathom tree.

The beverage is made by boiling the leaves and then adding ashes taken from recent funeral pyres following cremation ceremonies.

Apparently the youths drive around looking for funerals. When the cremation is over, they sneak in to steal the leftover ashes

Why?! Well the person imbibing will become high, but the belief is that ‘the mixture confers physical strength as well as spiritual protection from the ghost of the person whose ashes were drunk.’

The mixture is known as ‘Avatar’ after the hit film or ‘tai hong’, which meaning ‘violent death’.

The concept of assimilating aspects of the deceased or ‘Death-power’ appears to be significant element of Southeast Asian contemporary imagery. Where there has been a violent death; especially the death of: a young person; pregnant woman; or a virgin woman, creates particularly terrifying and violent ghost. To counter these spirits and to take on supernatural power and energy one should consumes elements of the deceased.

Apparently the drink has an ‘indescribably amazing taste and anybody who tries it becomes instantly addicted.’.

The original author writes “This is all really classic stuff. The notion of ‘instant addiction’ is of course completely fictional, like the supposed instant addiction of crack cocaine or methamphetamines. That said, I imagine that if these kids really are mixing cremains into their krathom extracts, this drug might be somewhat healthier than either of those alternatives (!).”