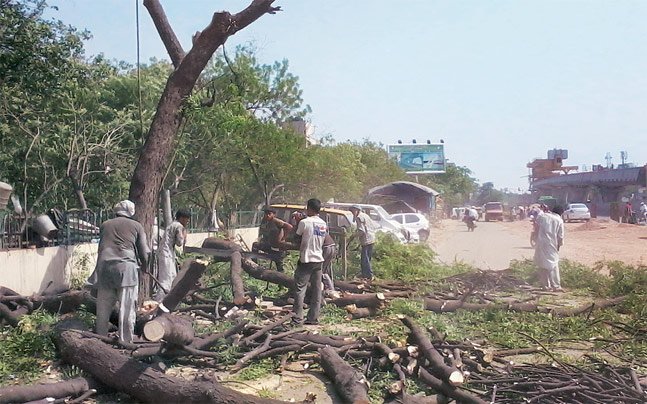 I would argue that the environmental impact of cremation is less than burial, there is a need to compare two issues which are difficult to equate – Carbon versus land-take. I think the land-take is a more significant issue. The argument is even more in favour of cremation if the energy source is renewable. However the argument is not clear cut.

I came across an article from the website India Today. This massive country has population of around 1 billion Hindus, whose funeral tradition is cremation. What is more the tradition is open pyres fuelled by wood. In environmental terms this has the multiple layered impact: less efficient; reduction in green space if trees are not replaced; pollution from water dispose of partially cremated bodies and more significant impact on air quality (from the burn and the loss of trees). Add these impacts together and put them on the scale of India and you get big figures and big impacts.

And that was not the only interesting aspect to this article, but let us look at the scale and impact first.

The article says that.

Environmentalists argue for education persuading the population to opt for cleaner methods and thus to produce a cultural shift. However the shift on offer seems to be a push towards electrical cremation, and ‘Most people don’t opt for electric crematorium because of various rituals. Like, for example, the eldest son must break his dead father’s skull with a bamboo stick after lighting the pyre. Also, ashes of different corpses tend to get mixed up in electric crematoriums.’ .

There is also a debate around the provision of wood, where this is going and who’s paying for what, all wrapped with splendid amount of committees, bureaucracy, inaction and general confusion. Not all of which, I confess, I understood.

So anyway, if you want a depressing/sobering read have a look: http://indiatoday.intoday.in/story/air-pollution-delhi-trees-cut-crematoriums-industry-environment/1/441413.html

2 thoughts on “The environmental cost of cremation in India”