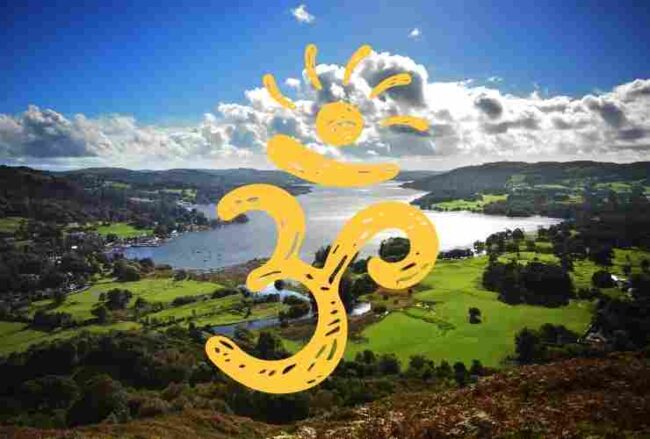 Lake Windermere is a special place to scatter ashes of a loved one. And it has become an important one for the members of the Swaminarayan sect. The sect is a rapidly growing branch of Hinduism which is popular in the western world.

Why is Lake Windermere important for Hindus?

Lake Windermere has become important after one of it’s leaders died after a boat trip there in the summer of 1979.

Mr Rajan Zed , the is president of the Universal Society of Hinduism, has asked the government to build a road to a gazebo structure and platform for scattering ceremonies on the side of the lake.

He has asked Michael Gove (Secretary of State for Department of Environment, Food, & Rural Affairs) and the Lake District National Park Authority to build a link road:

“so that grieving families and friends could gather and perform the last rituals properly, respectfully and peacefully”. And”earnestly delve into developing this dedicated area for scattering cremated remains in view of substantial numbers of Hindu populace in England”.

Mark Eccles, Head of Park Management for the Lake District National Park, responsed to an enquiry from the Daily Telegraph. He reinforced the fact that scattering ashes was permissible on the lake with certain caveats. However he did not comment on the likelihood of the gazebo.

How many scattering ceremonies a month?

Although the sect is growing, actual numbers are still quite small. Less than a million Hindus currently live in the UK and the the sect is a small subsection of this – sorry no numbers. This would mean in real terms the number of scatterings at the lake being around 10 per month.

It is interesting to note that the sect find a lake an acceptable place to scatter, I see why they would consider it important or even holy, but the extremely minor flow of water within the lake seems to be contrary to other Hindu tradition that insist on water flow as part of the last rites.

The comments below the article in the Telegraph were excellent.  What nonsense/ No / Oh England! Where is my England! / Whatever next..???/ What a cheek!  Not one single word of compassion or conciliation. Such a shame.

Having said that, I don’t think it is great idea either, the lake should remain as natural as possible. The numbers could easily be absorbed by scattering from the bank or from a boat, without the need (or expense) of a link road or gazebo.