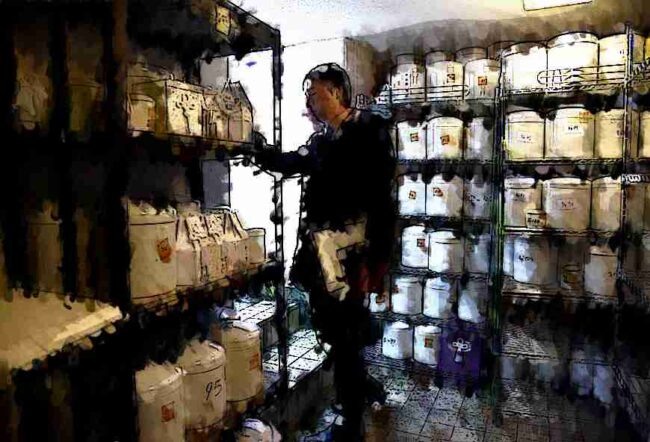 The issue of unclaimed ashes in Japan is becoming a problem for the local authorities. A trend mirroring the UK. Whilst there are cultural differences, many of the issues are similar to those in the UK: firstly the weakening of bonds within extended families and thus the willingness of extended family willing to pay; secondly the rise in life expectancy such that now the principal carer is also at retirement age and may not be able (financially or physically) to help. Thirdly is mobility people often not on hand to help.

I terms of actual numbers, it appears to be less of an issue than in the UK. The example quoted was of a municipal authorities’ cemetery in city of Saitama (a city about the size of Birmingham near Tokyo) where there around 600 unclaimed urns – it is difficult to draw actual comparison as this issue in the UK is handed on to the funeral director. Interesting and perhaps because it has become a local authority problem, it is the authority that are taking steps to tackle the issue.

So, in an effort to reduce the burden the City of Yokosuka, launched a program in 2015 to support low-income elderly people without anyone to depend on to prepare for their death. The programme is referred to as “ending plan support,” it offers residents on a low income, help to pay and choices of what to whilst they are still alive.

While the scheme has had a very modest take up (23 so far) it has reduced the amount of unclaimed ashes. Perhaps in reaction to families discussing the issue rather than choosing to avoid it?

Apart from the fact that local authorities are engaging in the issue, the other interesting point was the final resting place. Some see the racks of unclaimed urns as a final destination, yet the authorities were looking to bury (as a cheaper option) the ashes after a period of time, which some found where unhappy about – “I felt really sad. … I wondered if it was OK to drag them out of the vault and put them in a hole,” said Kazuyuki Kitami, a deputy manager in the Yokosuka welfare division which set up the scheme. So, what many here in the UK would consider to be a favourable option burial was considered to be less so.

Anyway, it is an interesting article: https://www.japantimes.co.jp/news/2018/01/09/national/social-issues/unclaimed-remains-accumulating-aging-japan/#.WlSh2N9l9PY