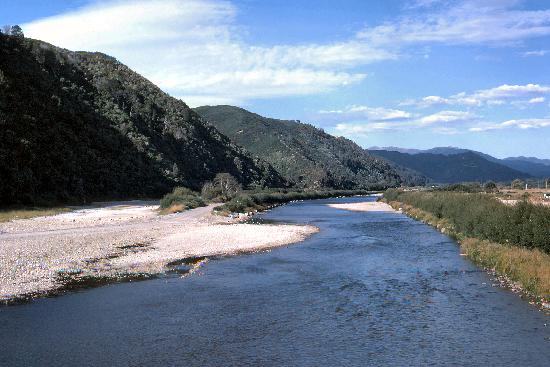 The scattering of cremation ashes in New Zealand is becoming more contentious as time goes by. Why? Well the reason I believe is because of two main factors, the general rise cremation and scattering as an option, but also the rise in in the number of Hindus in the country, which according to Wikipedia’s the fastest growing religion in New Zealand (but it came from a low base so the stats are a bit misleading). Whilst the Hindu population is still small, Hinduism dictates scattering over water and thus the need for a more formal recognition of the practise. The indigenous Maori population does not appear to like scattering at all and see it as an act of defiling nature and for them it is breaking a sacred code (Tapu). This has been brought to a head due to the review of the  review of the Burial and Cremation Act.

Oh dear, this is going to be tricky. The indigenous population  feel their customs and beliefs are being trodden on, but for the Hindu where the act of scattering on water is scarred part of their funeral rite and belief system.

The Iwi (Maori People) feels that there should be a code of conduct surrounding the practice and lead Law Commissioner Wayne Mapp said feelings on the issue ran deeper than the commission had anticipated.

Dr Mapp said it was clear, for example, scattering ashes in rivers or on the foreshore was culturally unacceptable. There was already conflict about it in Wellington, where Sikh and Hindu communities wanted to scatter ashes in the Hutt River.

“We want to road test an idea there, to see whether Barrett’s Reef might be an acceptable solution, with its huge tidal flows.

“We can develop protocols that might be used as models which iwi and local government can agree on.”

“This is an issue that is becoming more contentious, not less.”

The Morai representative was keen to express the sensitivities were more general than just about iwi views: “No-one wants ashes in playgrounds either, and that’s a wider New Zealand issue.” he said

“Whether it be carrying out the wishes of a deceased loved one or making that decision for them, it is a very personal and poignant ritual – and nobody wants to be told what they can and can’t do or where they can or can’t do it.”

I disagree, it depends why you are doing it, a small but significant minority still choose to scatter at crematoria, and Hindu people in India congregate at Varanasi on the Ganges so it unlikely they would object to being asked if they could use a specific area, as they are not doing it to link the person and the place they are doing it for spiritual reasons.

The trouble is if you make it too difficult or costly or restrictive Kiwis being the independently minded people that they are will ignore the rules, thus defeating the objective.

I do however concur with his point that, “The powers that be would do better to foster education and understanding at a broader level so that [Uncle Ned] and all the rest of us are well aware of others’ cultural briefs when it comes time to think about end days.”

I would also encourage that faith leaders on the more moderate end to put their heads together together to see if there can be a mutual understanding.