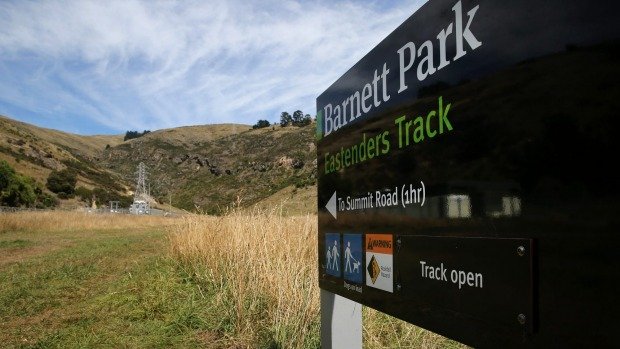 New Zealand has a particular problem. The majority of the population are British/European settlers and as with most of this element of Western culture they are moving towards increased secularisation and an increase in cremation. As a consequence more families are scattering the ashes of a loved one over the hills and lakes of this stunningly beautiful country.

But there is a problem, the indigenous Māori population find the practise offensive and disrespectful. Leaving policy makers in a bit of a spin.

In 2014, a company that represents the six runanga (the governing council or administrative group of a Māori Tribe) within Christchurch, wanted the practice prohibited because it was culturally offensive. So, Christchurch City Council, in a move to placate all, have devised a compromise.

Specifically, the Maori tribes did not want people to able to scatter ashes in any of the six city parks [Note: these are quite a lot larger than the city parks one might expect in the UK], however this objection has now been withdrawn in favour of specific sites being designated for the scattering of ashes.

The council’s policy team leader Claire Bryant said a prohibition was impractical. “The practice tends to happen on weekends and evenings when few staff are present and although family and friends may gather for a period of time, the act of scattering can happen very quickly and may not be observed by staff.”

The report to the council puts forward that there should be specific sites at parks and reserves where ashes can be scattered. The report also argues for the development scatter gardens in cemeteries. And the publishing of a guidelines to help educate and promote good practice.

Areas within five parks have been identified as being suitable for the scattering of ashes, including Barnett Park, Halswell Quarry Park, Victoria Park, Bottle Lake Forest Park and Stanbury Park in Wainui.

The parks were identified because they were not among the most visited, including the Botanic Gardens and Mona Vale, where the scattering of ashes could be offensive or a nuisance to other people using the area. There were no sports grounds at the parks, the areas were not within 50 metres of picnic tables, or waterways and there were no sites classed as wahi tapu (sacred) nearby.

This story is interesting for two reasons: the hoo-ha this created for what appears to be a fairly minor issue according to the articles statistics –

The council had no way of knowing exactly how many ashes were scattered in its parks each year. The Cremation Society of Christchurch provided 1800 cremations annually across two sites in Linwood and Harewood. About 1200 of those were placed in its own cemetery gardens and another 266 ashes were interred in the council’s cemeteries, leaving about 300 unaccounted for.

However, people could choose to scatter those ashes on private property, outside the city boundaries or keep the ashes in an urn.

And whilst the trend is on the increase the figures are still fairly low.

BUT …this is the issue that caught my eye and in truth perplexed and saddened me at the same time. The article got 18 comments, all but one entirely negative.

“no one’s business but mine”; “I will be scattered where i want”; Culturally offensive to who ??????? Not to my culture it isn’t !!!!!!!!!!”; “This so called cultural insensitivity is just another way to control people” and so on and so forth.

Now this left me to ponder, are most of us really insensitive to the needs of others? Do we all think our self-deterministic rights and ‘our’ culture should have primacy over all others? Surely not. Are the Māori’s asking for something wholly unreasonable – not really.

My half-baked theory is that most people are pretty reasonable and understand that different cultures living amongst one another breads tolerance and understanding. I also think that it is perhaps uniquely the internet that provides a platform for those people with more polarised and less tolerant views. Those people that don’t necessary seem to find a willing audience amongst people you my meet at the bus stop or share an office with, but instead find validation of their prejudice through such commentary?

Imagine this, and I know it isn’t the same but go with me, if we substituted this issue for queuing. Queuing is, as any Brit will tell you, a cultural cornerstone. And say Christchurch had a problem with the Maori population pushing into queue in their civic buildings (I am sure they don’t by the way), so they decided to implement a policy to install barriers much like in an airport to help alleviate the issue. They reported this in the press and the Maori population decide respond in the same way as those above, try substituting ‘pushing in’ for ‘scattering’. It would make my and every other person like me, blood boil.

I don’t know, but I hope it is the frustrated and misguided few. I do think bit more love and kindness could go a long way.

2 thoughts on “Ash scattering in New Zealand and internet intolerance!”