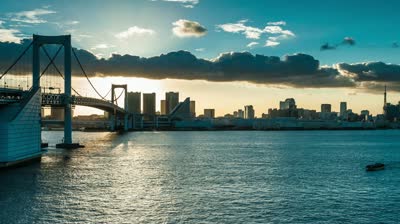 Before starting this blog I never thought I would write that as a sentence and even since I still think it is different.

Japanese are now taking more funeral planning into their own hands, rather than leaving for relatives to sort. Nothing odd in that the trend is happening elsewhere too, the elderly have smaller families who have busy lives, they also might think this way ‘I get to choose’.

However this is a different angle, two tour companies are offering a package deal. These so called shukatsu tours (Shukatsu means activities to prepare for the end of your life) each offering something different. The first will arrange a funeral portrait taken – to be displayed at the appropriate time. Then you go on what I would describe as an ash scattering tour where you get to scatter fake ashes, firstly at sea (Tokyo Bay) then at other notable land based locations, iconic building for example. I presume that the point is you get to imagine yourself being scattered there and think ‘umm, that’s the place for me’.

The second company has a slightly different twist, they show around a specific area: one for which they operate the public services, the clientele get to see these, retirement residences, local attractions and the various cemeteries in the area.

The rationale for the participants varies one lady comments, “I want to think about my own death while I’m still in good health,” and “I don’t want to cause problems for my children.” She went on to say: “I was very impressed,” , “Though my oldest daughter lives in the United States, the ocean is connected around the world, so I can stay with her all the time.”

The article also had a opinion from Professor Haruyo Inoue of Toyo University’s Faculty of Human Life Design, who is an expert on sociology and familiar with funeral services, said: “Although people have let their family members take care of their funeral arrangements in the past, now they have to think about it on their own, due to the trend of closer-knit [I think this is lost in translation I think he means small in this context] families and such. These tours are gaining popularity because people can go to funeral companies and other places, which are difficult for them to visit by themselves.”

I find Japanese culture in this respect fascinating, our typical ethnocentric approach to such things would be either: incredulous, disparaging or bewildered. However, Japan provides an interesting reflection, they are a highly technical, literate, democratic secular society. They have quite refreshing approach to death in many respects and a view that is far more rational than ours, I am not saying these will take-on over here but it is interesting approach.

One last point worthy of note is something that has been mentioned on this blog a number of times and that is people like scattering on water due to its connectivity. I had only ever seen evidence of this in western society – yet here the same view is expressed in an entirely different culture…