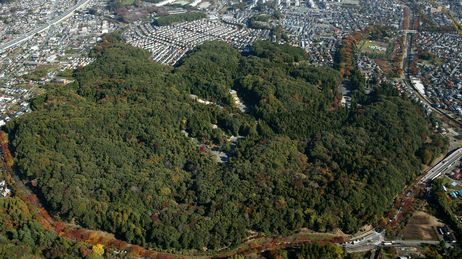 The Japanese emperor and empress plan to break from tradition when they die and have chosen to be cremated (burial has been the norm for recent generations) and to have a more modest mausoleum than their ancestors. This is a big deal in Japan, the Japanese tend to by fairly conservative (sorry for the sweeping generalisation) in matter of tradition so this has caused some debate with the Land of the Rising Sun.

Why? Well apparently the request the imperial couple’s for cremation partly because it is common practice in Japanese society and they hope to ‘progress with their people’. Also they were concerned over concerns about a lack of space for mausoleums in the Musashino Imperial Graveyard in the city of Hachioji, western Tokyo.

However when we say lack of space, it is not in the same reality that most of us would refer to lack of space. Whilst the new mausoleum will be 80% of the size of his fathers (Emperor Hirohito), it will still be  a whooping 3500msq. Let me put this into context, the average size of a new build house in the UK is 79msq and in the US and Australia around 200msq, so we are taking the area of about 44 new homes.

There will be two Mausoleums: one for the Emperor Akihito and one for the Empress Michiko. Based on Akihito’s request, the agency considered putting his and Michiko’s ashes in one mausoleum. However, the empress said such a plan would be too great an honour. She is quoted as saying  “I want to decline the idea though I deeply thank the emperor’s intention,”.  She also said that if she dies before her husband, the mausoleum for them would be constructed while he is still alive.

There seems to be no contradiction with this plan and the couple other wish that their funeral services to have as little impact on the public as possible, and the Imperial Agency’s statement that cremation rituals will be incorporated into their funerals, but the agency will consider measures to prevent the ceremonies from increasing the financial burden on the public.

The mausoleum for Empress Michiko will be a little smaller than that for Emperor Akihito. Both of the graves, though, will have the same shape consisting of a domed top and a square base.

In summary the couple’s stance is about taking into account the “needs of the times” while respecting tradition, or so the agency said. Not quite what to think really, I am not Japanese royalty so it is quite difficult to imagine the world through their eyes, I suppose they could hardly go for an eco-coffin and scattered over Mount Fuji. 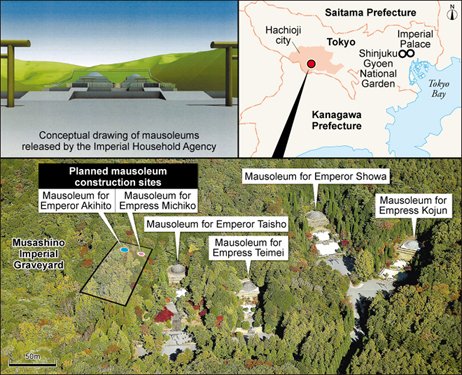