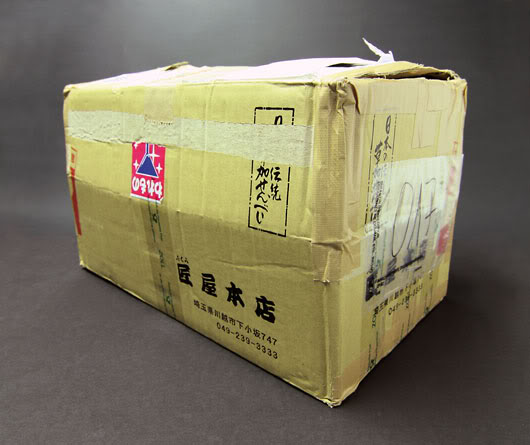 Japan is a predominantly secular country although nominally a third (about 90 million people) follow the Buddhist tradition. Now a small number of temples are offering a postal service accepting cremation ashes through the post, which the priests then inter at the charnel house.

This has come under some criticism. The reason given is not fact that they are doing it, but the way they are promoting it as an affordable option, critics consider this to blatant commercialism and contrary to public sentiment. Traditionally temples in Japan only allow worshippers to bury the ashes of family members in graves located on temple grounds.

However there is a small but significant number of people in need of this service – which according to temple spokesmen, appears to be predominantly women who have been placed in the awkward position of to having look after the cremated remains of their divorced husbands.

The price? Around 55,000 yen or £320 and for this you get a space in the Temple’s charnel house (a building where remains are stored) for 50 years then permanent resting in shared grave.

Nyubutsuji temple in Iyo, has been providing such a service since 2011, although it was not officially approved by the city, in fact they are in an argument about it. The authorities see the need for such a service, due to Japans declining birth rate, but baulk at the commercial aspect.

The head priest Kosho Yamada said “While the women do not want to become too involved and do not want to spend too much money, they still feel better about having the remains looked after by a temple”.

At another temple offering the service The head priest, Eiju Hashimoto, said accepting delivered cremated remains was one way for the temple to open up to the outside world because the declining birth rate means there is not much future in relying on only those who worship at the temple.

Kenji Ishii, a professor of the sociology of religion at Kokugakuin University in Tokyo, said, “The family system in Japan, which had been based on holding memorial services for ancestors, is on the verge of collapse, and there has been an increase in the absence of families memorializing the dead.”

Oh dear, this is all a bit sad. It brings in to relief the conflict between firm tradition and modern reality. My sense tells me this is only going one way and the practicalities of modern living will prevail, but I do appreciate the concerns over this, although I suspect the concerns are from people for whom the necessity does occur.