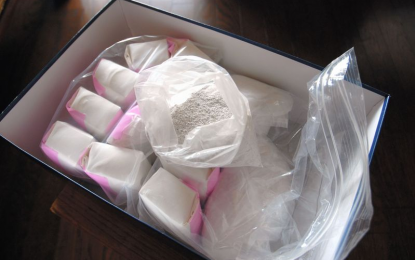 Now here’s a franchise opportunity you are unlikely to see on Dragons Den: Rental of bone crushing apparatus.

The Japanese tradition is to cremate and then place the bones of the loved one in an urn, I have already posted on this – Japanese cremation. Normally what happens is for the urn to be placed at the family grave. However Japanese society is changing and more Japanese (not huge amounts) are looking to scatter the ashes of their loved ones. Why? Well there appears to be two main reasons for this: freedom of expression – people are asking to be scattered at a place they are associated with: at sea or on a hill for example, the second is more practical, with an aging population and a more transient society families don’t wish to burden their offspring with the responsibility and cost of maintaining a family plot.

So to assist families wishing to scatter, a company rents out a machine to turn the bones into powder.  I think to Western sensibilities this process would be a bit much, but what one must remember is that after the cremation in Japan, it is the family that place the bones of the deceased into an urn themselves. Anyway for the princely sum of 17,000 Yen (~£100) the company will provide you with plastic sheeting and manual press which works on leverage and a small amount of force. The device was designed so that the inner parts can be replaced to prevent the mixing of ashes from previous users. As a fairly seasoned writer on the subject I did think ‘Oh blimey’ when they said the family had to break the bones, that were too large, with a stick before some would fit into the machine.

Then with about three hours labour the body is reduced to a fine white powder the consistency of sand. And the demand for this service? Well the owner gets a dozen or so requests a month (it appears you can have this service provided professionally too, but often people mistrust that they are getting back what they handed over)

A woman, her two daughters and her son and daughter-in-law used the service after her husband died in a climbing accident she decided she wanted to put him back into nature. The lady felt that it would be best to do it themselves and after consulting the family they went ahead. They were interviewed on their experience.

The son said: “I never thought I would be involved in the crushing of Dad’s bones,” [I bet not!]

“I was able to display my feelings because it took so much time and effort,” she said.  [I know this all sounds a bit macabre to most reader of this blog, but what a lovely sentiment]

It did make me think that as we become increasing globalised there are still so many cultural differences that I can’t see ‘norming’ any time soon, although it is perhaps then a little surprising that the law on scattering in Japan is fairly vague and relaxed and fairly similar to what we have in the UK.