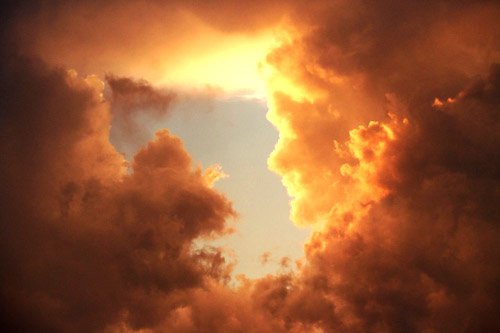 There are a number of people and organisations that have been getting rather hot under the collar about the recent instruction from the Vatican clarifying the Catholic Church’s position on the scattering ashes and the fact that they  do not like it, or splitting ashes, or jewellery containing ashes, so on and so forth. There are those who think that the church is doing it to increase revenue – I would disagree. There are certain sections of the Hindu faith who think it is inflammatory – I don’t think it has anything to do with Hindus or Hinduism.  This instruction is only for it’s followers; they do not expect those of other beliefs to adhere or even agree with it.

You might expect us to be up in arms shouting about this: liberty of choice, ‘don’t you tell me what to do’, etc. etc. Not so. The Catholic Churches should tell its faithful in what it believes are the correct death rituals, that is part of its purpose: to instruct people as to what course of action it considers is the closest in alignment to biblical teachings.

I can also see the rationale for this intervention, in their opinion the evolution of death rites are departing from their desired approach. They consider these trends to be diverging from scripture and leaning towards ‘pantheism, naturalism or nihilism‘ (their words, not mine). Furthermore, unless I have misunderstood something along the way – Catholicism is different to Protestantism in several ways, but one core difference is that interpretation of God’s meaning comes from the top, the Pope has a greater understanding of the Almighty’s meaning than the cardinals and so on down the line. Protestantism allows its followers to have more of a one to one to one relationship with God. So central control of the faith is very much in line with the ethos.

Let’s also be clear, the Vatican has not changed its stance – it has always been thus. As far as I can see the main distinction of this instruction compared to previous missives is the explanation of ‘why’ people shouldn’t scatter. It always seemed to me that the reason they didn’t like scattering ashes is because the body should be kept whole for the day of resurrection, where now the reasoning is more to with scattering being against tradition and shows less devotion to the faith. I am thinking that the previous reasoning was less than satisfactory because (a) as God is omnipotent, the resurrection of the body in whatever form should not present a problem, and (b) if someone were to die horribly in say a plane crash then they would be no less likely to resurrected than anyone else.

The people I have sympathy for are precisely the people the Vatican is intending to target: the faithful who have a slightly different interpretation God’s meaning than they do  – people that are comfortable with their faith and scattering ashes too. For example: a partner whose loved one’s ashes are scattered on a hillside somewhere and they wish to join them there when they pass away. This could lead to huge anxiety, the pull between love and faith, which should be entirely intertwined

This is made worse  by the penalty for non-compliance, ’When the deceased notoriously has requested cremation and the scattering of their ashes for reasons contrary to the Christian faith, a Christian funeral must be denied to that person according to the norms of the law.’

I am not sure I can translate this effectively, so using the example above. If you don’t make a fuss and tell your son or daughter what you want, and don’t write it down, and tell them it is to do with proximity to a loved one and not done so to cock-a-snoop at the church – then they should be okay… (ummm, wishful thinking  on my part?).

Also the denial of a christian funeral, surely this is only a Roman Catholic christian funeral? A member of protestant C of E clergy wouldn’t feel bound by this, and family could ask them… help think I am well outside my depth here? Okay so perhaps ‘I understand‘ their position is stretching it a bit far …