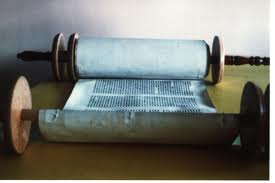 It would appear that there is an increasing number of American Jews are opting to be cremated rather than buried, which some parts of the community are quite unhappy about. Jews have a long tradition of burial, and more orthodox elements find cremation abhorrent.

I have posted on the about this before and the scriptures do appear to give latitude on the subject. However, I am the first to put my hand up to say I am out of my depth on biblical interpretation and I certainly don’t want to ruffle anyone’s feathers, so I shall try and stick to the facts.

It would appear Jews from Philadelphia have the highest rate at between 10 and 15 percent, then New York, declining the further west and with less urbanised populations.

Rabbi’s claim the Philadelphia figure quoted is too high, although they admit it likely that those Jews being cremated are probably not so involved in the spiritual part of the community.

The statement that cremation trends are increasing is not that surprising (to me anyway) the more secure and integrated a community becomes, the less the bind between community and religion and those not so religiously inclined will choose an option unencumbered by doctrine. Couple with the fact that more liberal attitudes prevail in urban centres.

What I did find particularly interesting was the commentary on cost and final destination. There has been a presumption that cremation was chosen due to cost, a cremation costing approximately a fifth of burial. However, the article pointed out that this may be a misconception as the ashes are nearly always buried at a cemetery with other family members and thus the true cost differential between the options is minimal. So why are a significant minority risking the wrath of community leaders by choosing cremation? Lastly it is interesting to that those begin cremated still choose to have there ashes interred in a cemetery, perhaps scattering is just one step too far and the cultural/family traditions come into play?

Here is the article: