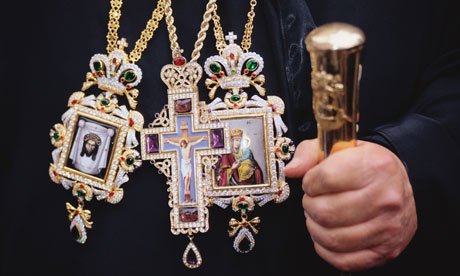 In 2006 the Greek parliament laid a law allowing cremation, yet to date no one has been cremated.

Greece suffers a problem, like many countries, their urban cemeteries are overcrowded, it is not uncommon for a body to be exhumed moved after three year to make space for someone else.

So one might think that they would be chomping at the bit to bring in cremation. But no.

It would appear there are a number of factors in play here, however the primary one appears to be the Greek Orthodox Church. The Greek church considers cremation wrong in the eyes of god and whilst it is quoted as saying: “The church does not oppose and has no right to oppose the cremation of the dead for those of other religions or other Christian denominations,” said a spokesman for the Church of Greece, Charis Konidaris “For the Orthodox people, though, it recommends burial as the only way for the decomposition of the deceased human body, according to its long traditions,” he said. (Back in 2006).

However, his view may not be held unanimously, as it would appear plans for a number of crematoria being overruled through ecclesiastical pressure.

The church in Greece still holds significant power within the country, 95% of the population subscribe to being of the Greek Orthodox faith.

I also suspect reading the articles on the subject that such things just take that bit longer in this sunny part of the world and this is just the way it is, I am not able to confirm or deny this. Although a friend from Corfu readily concurs.

It is also reported that the Church, at a local level, would be reluctant to give up a lucrative source of income. The other issue appears to be that whilst cremation may be permitted – ashes will not be allowed to be scattered on consecrated ground.

So those wishing to be cremated need to go abroad – Bulgaria and further afield – at a cost of thousands of Euros.

Apparently progress is being made, the first crematorium in Greece is planned for the city of Volos, Central Greece. Please note the word planned. So watch this space! Although you may wish to go and make a cup of tea while you do.

3 thoughts on “Why is so difficult to cremate someone in Greece?”