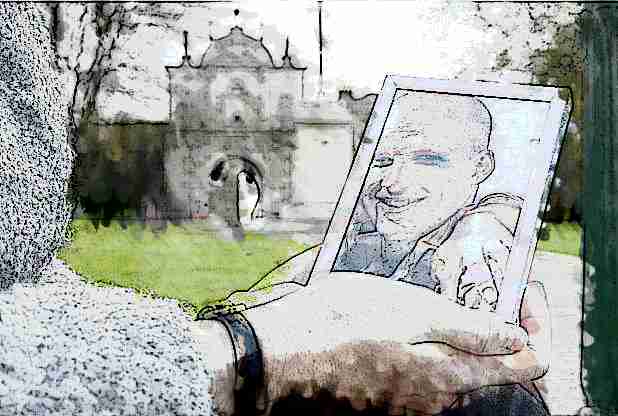 Bill Priddy scattered the ashes of son Will at the Royal Citadel in Plymouth, he chose to scatter his son’s ashes at that spot as his son was based there at the time of his death. Will – a veteran of one tour of Iraq – died in 2005 in a car crash on Salisbury Plain.

However, Bill is now regretting the decision since he learnt that this historic building is being sold off by the Ministry of Defence and the commando regiment are moving out.

And whilst the fate of the building is uncertain there is growing speculation that it could be sold for development. Although there is a desire from many to turn the Citadel into a museum, this is far from certain.

Mr Priddy who placed a memorial bench there for his son says it is “heart-wrenching” the Citadel will no longer be the home of his son’s “beloved” regiment.

He said: “For it to suddenly lose that connection would be a travesty.

“The thought that it could become yucky up-market apartments, or something similar, is quite heart-wrenching.

“He could be buried under God knows what.”

“It isn’t just Will whose ashes are scattered up there, there would have been many others over the years, so I’m sure I’m not alone in this.

“It was a big decision we made as a family to have his resting place there, and at the time it seemed like the right thing to do.”

My heart goes out to Mr Priddy, it can’t seem fair and he must feel so powerless too. It does raise the question about scattering in an urban environment, places like the citadel and our urban parks seem so untouchable, they have ‘always’ been there and they always will. Clearly this I not the case and then are we to think that cemeteries are the only place that can offer this degree of surety? Maybe, although even cemeteries get moved or built over – Crossrail in London is one example. So, what is permanent, beaches are not, nature moves cliffs and shores, maybe that is the point  – thing change, but somehow it seems better when nature does it (or maybe that it just me). Whilst I have no words that will bring cheer to Mr Priddy it might be an idea yet to decide to consider more poignant rural / protected locations, they aren’t going to knock down Tintagel Castle to build an NCP car park for example…